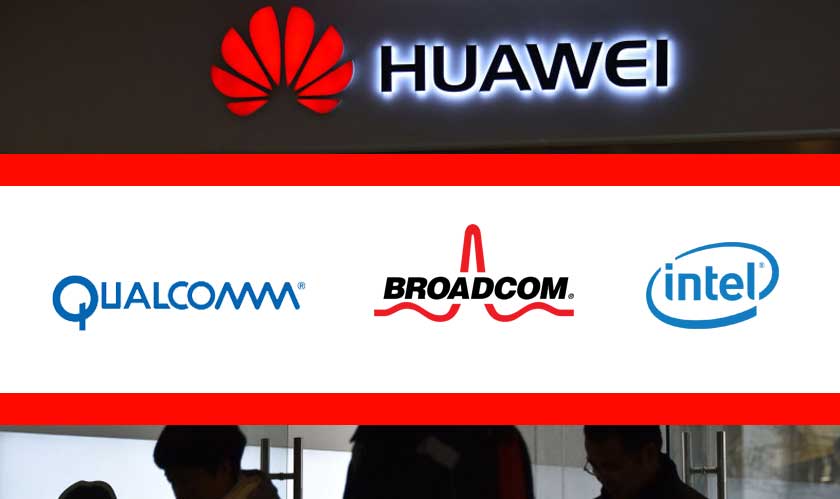 It seems like a spiraling cascade going south for the Chinese tech giant Huawei. As the US continues to pressurize private companies to stop conducting business with Huawei, Intel and Qualcomm join the list along with Google. As the world’s leading chip design companies, these firm will now cut off their business dealings with Huawei. And that’s effective immediately.

Earlier, Google canceled its Android license to Huawei forcing the company to move to the open-source edition of the Android. Huawei relies on Intel and Qualcomm for server chips and processors, and modems respectively. But since Huawei mostly builds its own processors, cutting off from Qualcomm won’t be too drastic.

Ever since the Trump administration began building pressure on the Chinese firm, it began gathering stocks of chips from its US suppliers. For similar reasons, Huawei had already begun working on its operating system to stand up against Android and Windows. Although Microsoft hasn’t announced its decisions, Huawei seems to be preparing for the worst.

The ban on Huawei in the US is taking a serious toll on the ongoing trade war between China and the US. Huawei was stopped from launching its phones in the US market and over time, federal government agencies were banned from using its products citing national security. No one knows where this will lead to, maybe China may also ban US companies in home turf. We will continue to update on the situation.