Signal now allows you to choose disappearing messages by default

Signal now allows you to choose disappearing messages by default 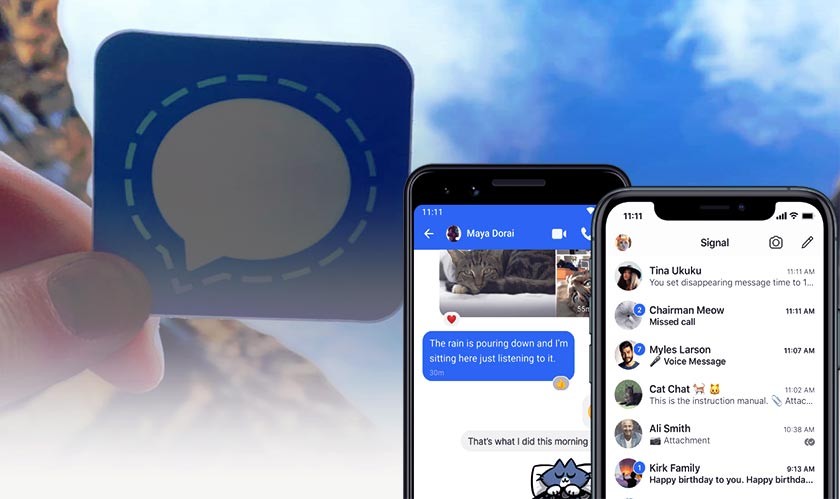 “Now, we’ve added the ability to preconfigure all conversations you initiate with a default disappearing messages timer,” the company wrote in a blog post.

Signal, the privacy-focused chat app, has implemented a new feature that lets you choose disappearing messages by default for any chat. Some content can be gone in 30 seconds, while others can exist for 18 minutes or four weeks, depending upon your choice. It also allows choosing a custom time frame to delete the disappearing messages.

The option will delete chats for both the sender and receiver after a set amount of time passes. Previously, you had to toggle the option on for each individual chat. But with the new update, you can select the custom time limit for disappearing chat for all the new chats, for both personal and group messages. “Now, we’ve added the ability to preconfigure all conversations you initiate with a default disappearing messages timer,” the company wrote in a blog post.

Signal also wants to inform its users to note that this disappearing feature can be useful for saving storage and keeping conversation history to a minimum.Although, deletion of a message after the defined period may not guarantee if any screenshot had been taken.

The app, which became a savior of people when the WhatsApp new privacy feature was announced, has been slowly garnering active users. The privacy-minded messaging app is well regarded for its robust feature set and the company’s independence. It remains one of the most popular end-to-end encrypted messaging options to date.