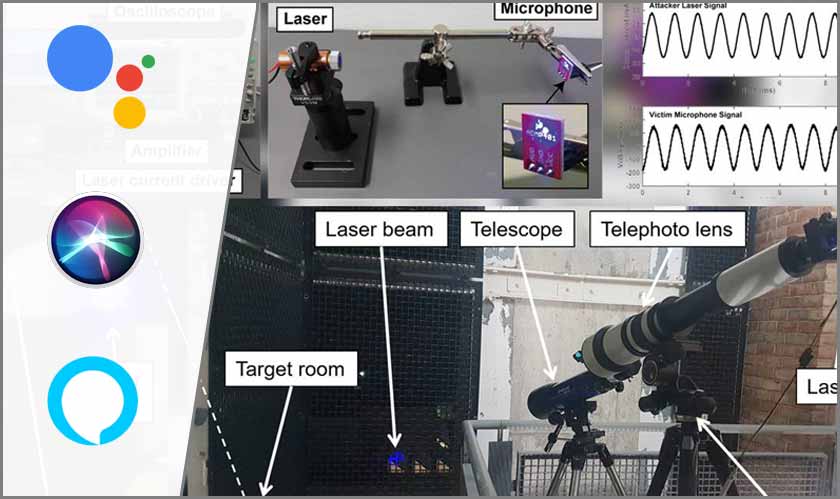 Security flaws in digital assistants are not uncommon but the latest revelation by a team of experts based in Tokyo and at the University of Michigan is surprising. Their findings point out that Amazon’s Alexa, Google Assistant and Apple’s Siri can be hacked using beams of light.

The New York Times reported that the researchers tricked a Google Home device into opening a garage door from 230-350 feet away by focusing the lasers on the microphone with a telephoto lens.

According to the researchers, “Microphones convert sound into electrical signals. The main discovery behind light commands is that in addition to sound, microphones also react to light aimed directly at them.”

From the experiment, it was revealed that microphones are susceptible to not just sound but also light as the lasers trick the microphones into making electric signals as if they’re hearing someone’s voice command.

The researchers claim that hackers could make use of this method to purchase online, control ‘smart home’ switches and even start a car that is linked to the speaker.

The tech giants were notified of the security issue and they have responded stating they are bound to protect the users by any measure. “We are closely reviewing this research paper. Protecting our users is paramount, and we're always looking at ways to improve the security of our devices,” stated a Google spokesperson.