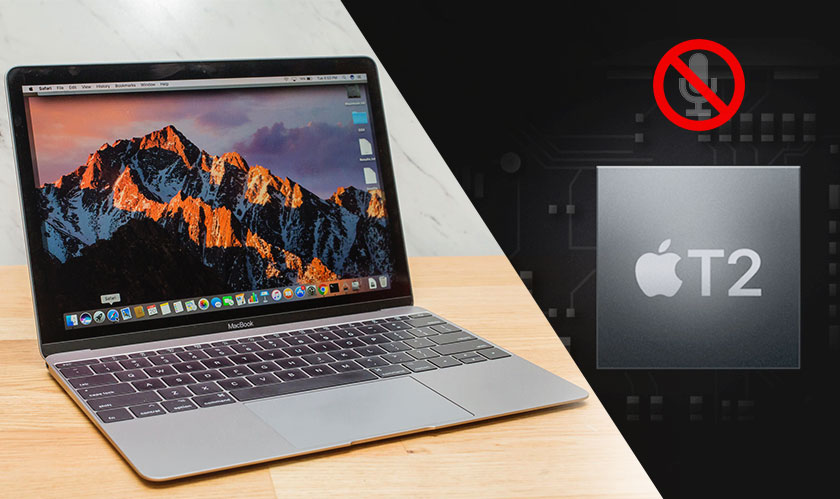 The T2 security chip is one of Apple’s custom chips featured in its latest range of MacBook – including the MacBook Pro which was launched earlier this year. The chip, which is included in the just-announced MacBook Air, is specifically designed to prevent hackers from eavesdropping through your laptop microphone.

A hardware microphone disconnect feature present in the chip disengages the MacBook Pro’s or Air’s microphone from the rest of the hardware whenever the lid is closed. According to the chip’s newly published support guide, “This disconnect is implemented in hardware alone, and therefore prevents any software, even with root or kernel privileges in macOS, and even the software on the T2 chip, from engaging the microphone when the lid is closed.”

T2 is a secure co-processor that works separately from the main CPU. The T2 chips were first introduced in late 2017, with iMac Pro, and are used to handle encryption-related operations in a secure, hard-to-tamper chipset. The chip, since built into the MacBook devices, allow the machines to respond to verbal “Hey Siri” requests without requiring you to press a button, says Apple.

On Macs, T2 chips are the reason behind a gamut of new features like the APFS encrypted storage system, a more robust secure boot process, and Touch ID authentication on the machines.

The new microphone hardware-level disconnect will only be available to MacBook devices and a software update may be required for the existing T2-capable MacBook Pro models to take advantage of this new feature.