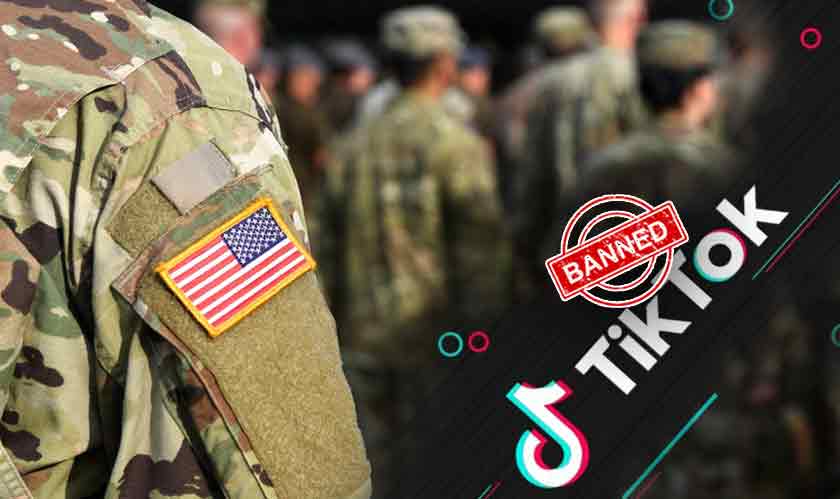 Just a few months ago the US Army was using TikTok as a tool to reach out to young people. This was happening as many lawmakers continued to push for the review of the music video app. But following Pentagon’s guidance, Army has decided to ban usage of TikTok from government-owned phones.

Reports are that the Army had started asking its soldiers to not use TikTok in government-owned phones since mid-December. Now, Military.com has confirmed that the Army has asked its people to do so officially. The move comes as a follow up to the US Navy ban on the app.

“It is considered a cyber threat,” Army spokeswoman Lt. Col. Robin Ochoa told Military.com, which broke the news on December 30th. “We do not allow it on government phones.”

The armed forces cannot ban usage of app on the personal phones of its personnel but the Army is advising them to use caution if they receive random or unfamiliar text messages.

It remains to be seen whether the Marine Corps and the Air Force will release similar guidelines for its members. But it is highly likely to happen soon.