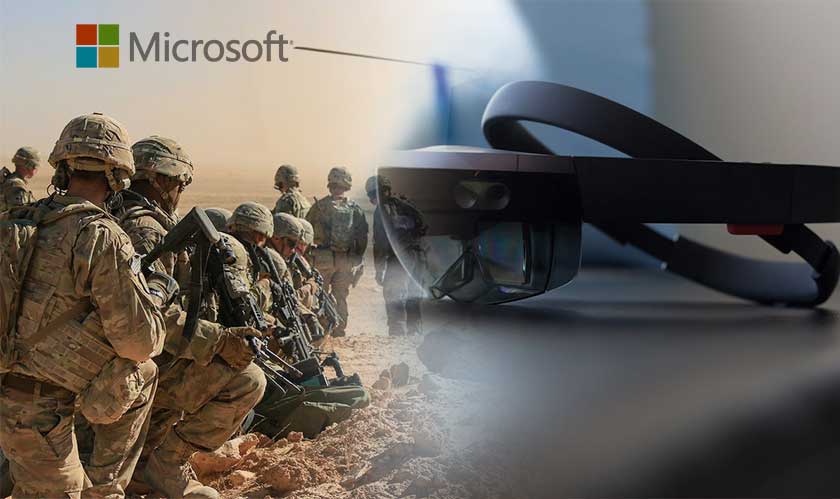 Microsoft got into a lot of trouble recently with its HoloLens contract which it had secured with the U.S. Army. To allay the fears, it seems like the U.S. Army invited CNBC to give the public a look at how they plan to use the technology in practice.

The $479 million security contract requires the tech giant to supply the U.S. Army with 100,000 of these augmented reality headsets for combat assistance and training. But the contract irked many at Microsoft. Many employees at Microsoft wanted the company to not go through with the contract because they felt their skills were not to be utilized such technologies. This raised a lot of eyebrows and people wanted to know how the augmented reality headsets would be used.

The demonstration by the U.S. Army has shown that the modified HoloLens 2 feels like a real-life rendition of the popular game Call of Duty. The modified tech helps a user see his/her squad’s position on maps, a compass and also the weapon’s reticle. The headset comes with a FLIR thermal camera which helps the headset double up as a set of thermal/night vision goggles.

The headset is bound to help the trainees a lot in training through the data it can provide which would help them improve performance. Further, this technology could even improve battlefield awareness which would only result in minimizing civilian causalities. While demonstration has to an extent taken the edge off of the technology, the critics persist with their objections.