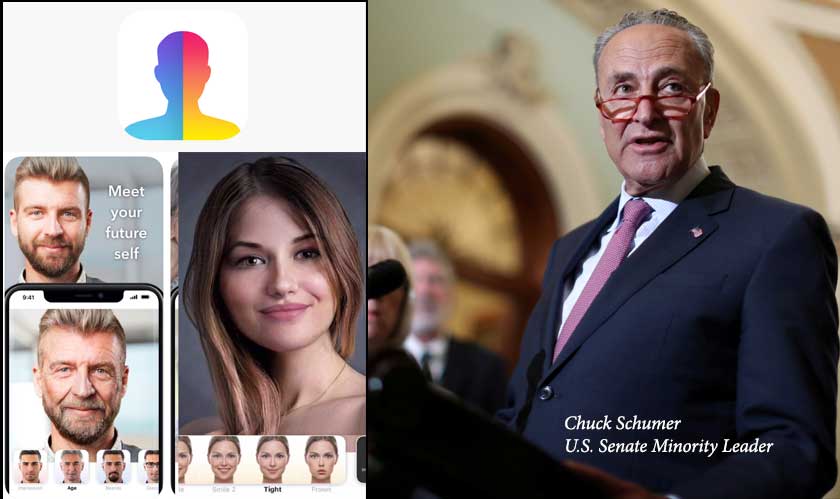 Chuck Schumer, a US Senate minority leader calls FBI and the Federal Trade Commission to conduct a privacy investigation into Russia based FaceApp.

The viral smartphone app has gained a huge popularity within a short span of time. This app requires full and irrevocable access to their personal photos and data which can pose a national security threat, privacy risk. FaceApp has a filter that ages faces of users.

Wireless Lab, a company based in St. Petersburg launched this FaceApp in 2017. It has over 80 million active users all over the world. Through FaceApp user photos can be edited to make a person look younger or older. FaceApp had made headlines in 2018 when it removed its ethnicity filters after users condemned them as racist.

“FaceApp’s location in Russia raises questions regarding how and when the company provides access to the data of US citizens to third parties, including potentially foreign governments,” Chuck Schumer said.

It is not yet clear on how the AI-based smartphone application retains the data of users or how users may ensure the deletion of their data after using the app. A report has indicated that there is no evidence that FaceApp provides user data to the Russian government.