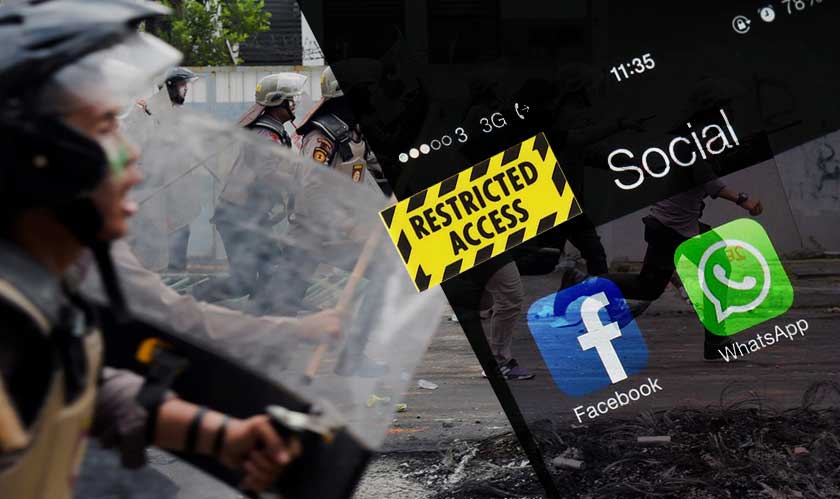 The Indonesian president Joko Widodo was elected for his second term in the office this week. The result met a staunch opposition as violent riots broke out throughout the country. As many as six people were reported dead and 200 injured in the riots. The government authorities chose to restrict access to social media platforms following the deaths.

A big number of Indonesian WhatsApp and Facebook users reported having limited access. The users across the nation found it difficult to send multiple messages on WhatsApp. The users also experienced a lag when they tried uploading videos and photos. Further, the Indonesian users have also reported problems accessing Instagram and Facebook.

A Facebook spokesperson told TechCrunch: “We are aware of the ongoing security situation in Jakarta and have been responsive to the Government of Indonesia. We are committed to maintaining all of our services for people who rely on them to communicate with their loved ones and access vital information.”

The Indonesian authorities allegedly noticed that misleading information and hoaxes were being spread on social media services following the declaration of the results and took to putting curbs on these by restricting access. The restrictions are expected to be lifted as the chaos disperses soon.