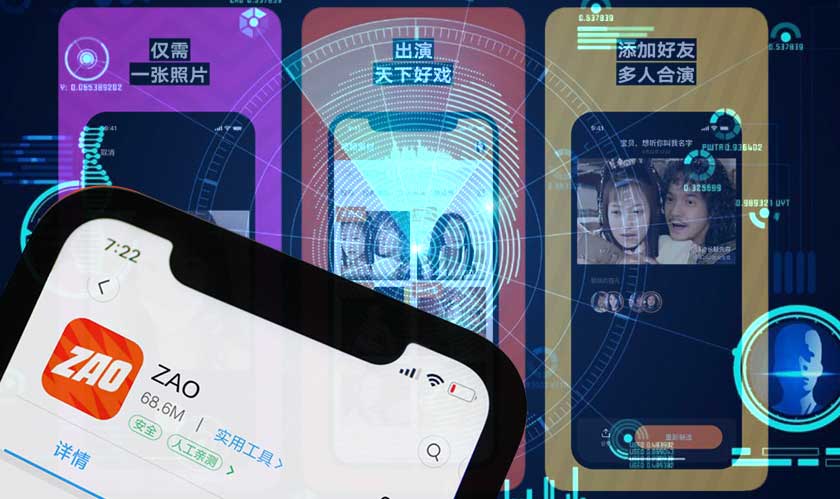 Zao which was launched few days back allows users to swap their faces with celebrities of any movies or serials. But there comes the trouble! The country’s most downloaded app is facing security risks.

In the Zao app, users could act the scenes from popular movies with the help of deep fake technology, which is a misuse. Users can take selfies moving their lips, blinking and making facial expressions which will later be morphed on to the TV shows and movies.

Zao quotes, “We understand the concerns about privacy. We’ve received the feedback, and will fix the issues that we didn’t take into consideration, which will take some time.”

Momo Inc, which is something like Tinder dating service, owns Zao. The company, therefore, has promised that it would not encourage any videos uploaded by the users; instead it will focus on improving the app. It also pledged to remove from its servers any content that was uploaded but subsequently deleted by users.

The repercussion, however, did not affect the app’s popularity. It still remains to be the top downloaded app in China, according to App Annie, the app market data provider.