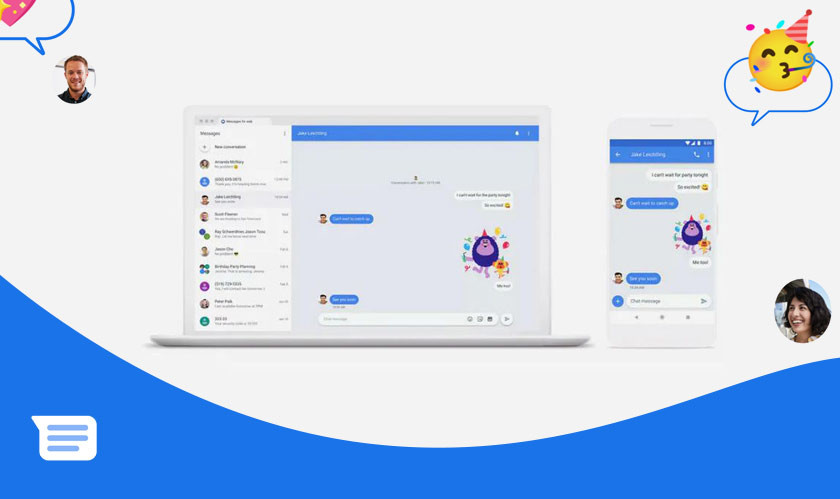 Apple users have long been using the iMessage for a long time now. It is one of the most attractive features which has been exclusive to Apple users. Now, Google is making its similar messaging feature called “Google Messages” available to all Android users worldwide. Google RCS (Rich Communication Service) provides an exchange of texts, images, and multimedia files, just like WhatsApp or Facebook messenger. You can quickly respond to the messages and also know when the recipient reads your message.

Google has long been partnering with carriers and OEMs to offer a native messaging client, Messages, for RCS, SMS, and MMS messaging. Google Messages supports the GSMA’s Universal Profile for interoperability across operator networks and devices. It is easily updatable from the Google Play store; the upgraded client will deliver a unified messaging experience across the Android ecosystem.

Google RCS is more secure than traditional SMS as it uses end-to-end encryption to ensure that no external agencies, including Google and third parties, can read the contents of your message. Previously, it was present in just a few select countries. Google is now testing a global version of this messaging platform.

Currently, the end-to-end encryption function is only available when both the parties have installed Google Messages and have enabled the chat function. For the latest features, you need to have the newest version of the app installed.