Apple bids a permanent farewell to Infowars and Alex Jones 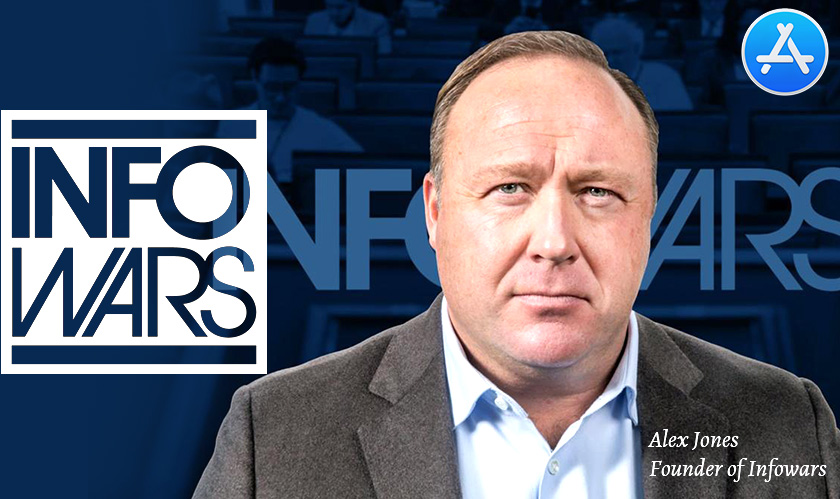 In the times of constant change, here comes a news about something changing permanently! It’s been about a day since Alex Jones was banned from the Twitter platform, forever. And now, Apple cuts off his last straw: the Infowars by permanently banning the software app from the App Store.

Yes, it’s been confirmed by Apple itself. Recently, Apple updated its guidelines for apps to run on its App Store. Apple had previously said that apps that have “content that is offensive, insensitive, upsetting, intended to disgust, or in exceptionally poor taste” will not be allowed to run on the App Store.

It’s been nearly a month since Alex Jones is being kicked out of various top-notch social media platforms. He’s either being banned or being removed. And in less than a month, his downward snowball has plummeted than ever before. His personal accounts or branded accounts of Infowars have been permanently banned from various platforms like YouTube, Twitter, Pinterest, and Facebook.  And so, if you just look around the App store for Infowars, you’ll come with a negative answer and it displays other apps that are definitely not related to the Infowars.