Chrome OS 77 Is Out With a Number of Features 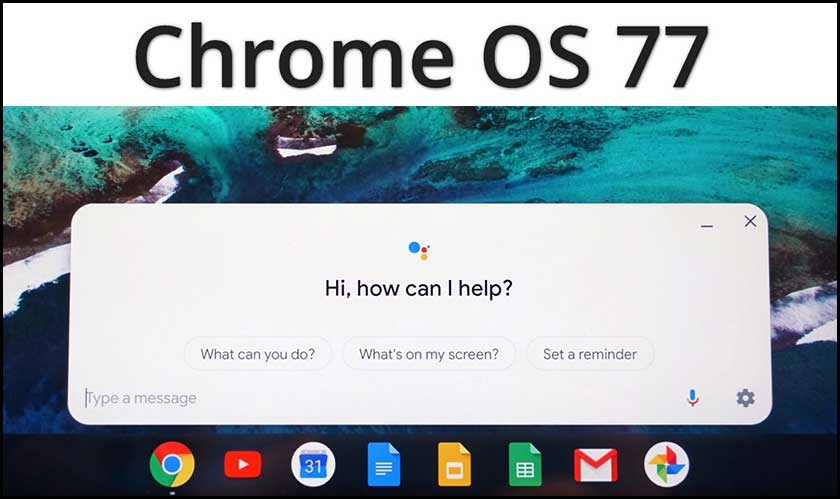 The new Chromebook is expected to release in a few weeks and users can expect a brand new shiny Chrome OS with it.

Although the latest release will be available to all Chromebook owners, a few software features are said to be unavailable to the older devices. The latest features on offer with Chrome OS are quite productive according to tech enthusiasts.

The Chrome OS 77 has better multitasking capabilities and organizes the work better. Also, Virtual Desks are being introduced by Google in this rollout, which is similar to Mission Control on macOS and other virtual desktops.

There is an Overview Mode which adds a “New Desk” tab in the top-right corner. There’s also a new shelf that can be created up top - “Desk 1”. Also, a four-finger trackpad swipe allows users to swiftly move between the spaces.

The Google Assistant was only available in a few devices like Pixelbook and Pixel State till now. But with Chrome OS 77, the digital assistant is rolling out to all existing Chromebooks.

The Chrome OS already provides you with the ability to see which all tabs are open on other devices although it can be a bit complicated. Chrome OS 77 has also added a direct “Send this page” feature that starts by tapping the address bar and lets the user share the page easily.