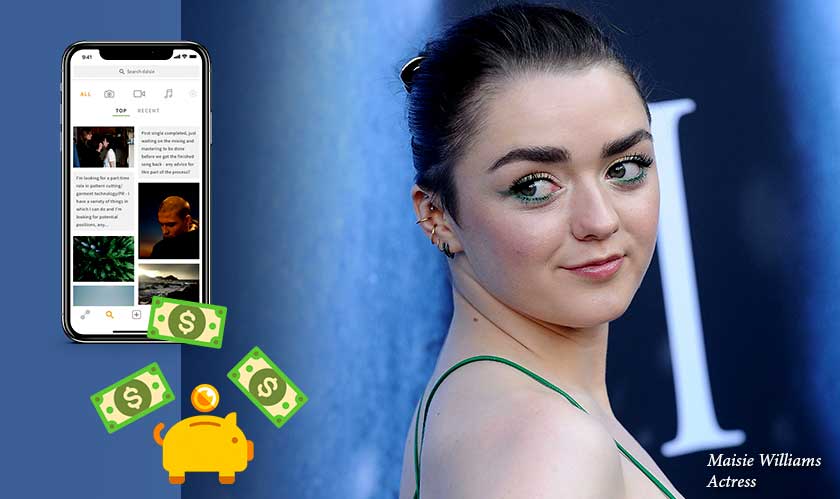 After killing the Night King, Game of Thrones actor Maisie Williams has secured a $2.5 million funding for her talent search app- Daisie. The app is still in its beginning stages, but the idea is clear: to make it easier for budding creators, artists, actors, and other to showcase their work and be discovered by those seeking for it. Daisie was co-founded by Dom Santry, a well-known film producer and is styled like a social networking platform.

Daisie also secured a $2.5 million in a seed funding round with the prime investor Founder Fun with $1.5 million. Other investors like Kleiner Perkins, 8VC, and a new venture capital firm Shrug Capital have also contributed to the funding. With this round of funding, Daisie has raised $3 million so far. Remarkably, just 11 days after Maisie Williams launched her app, the number of members hit 100,000.

The goal here is to use the software app as a unique and alternative approach for talent discovery. While the entire industry is revolutionizing, new ways of working, sourcing, etc. are sprouting. Maisie Williams believes that with Daisie, talent discovery will also be revolutionized. During the launch of her app a year ago, she had said: “Instead of [creators] having to market themselves to fit someone else’s idea of what their job would be, they can let their art speak for themselves.”