Apple punched with a permanent injunction on iPhone sales in Germany 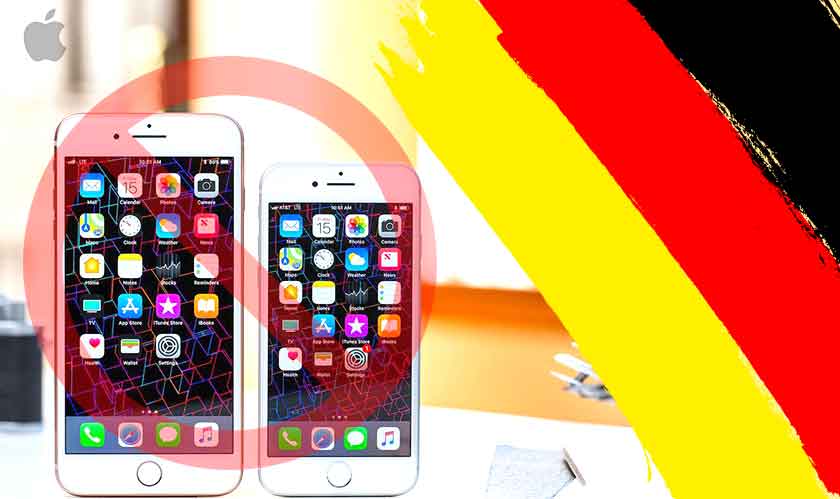 There’s a lot happening in the patent-quarrel between Apple and Qualcomm. A fresh update to this ongoing dispute is that Apple will stop selling older iPhone models in Germany after losing two patent cases to Qualcomm.

The District Court of Munich, on Thursday, ruled that Apple’s devices were infringing a hardware patent of Qualcomm. The Court found that Apple is infringing Qualcomm’s intellectual property for power savings in smartphones and granted the chip-maker’s request for a permanent injunction banning sales of iPhones with software chips from Apple supplier Qorvo Inc.

“Two respected courts in two different jurisdictions just in the past two weeks have now confirmed the value of Qualcomm’s patents and declared Apple an infringer, ordering a ban on iPhones in the important markets of Germany and China,” Don Rosenberg, Qualcomm’s General Counsel, said in a statement.

The order covers all models of iPhones that contain the infringing functionalities. Also, the injunction applies to European Union entities as well as Apple Incorporated. Furthermore, the court also granted Qualcomm its request for an accounting of the details associated with all sales, including revenues and profits of the accused devices in Germany and a “recall and destruction of all accused devices from all retailers in Germany,” Qualcomm said.

“We are of course disappointed by this verdict and we plan to appeal,” Apple said in a statement. “All iPhone models remain available to customers… across Germany… During the appeal process, [however], iPhone 7 and iPhone 8 models will not be available.”