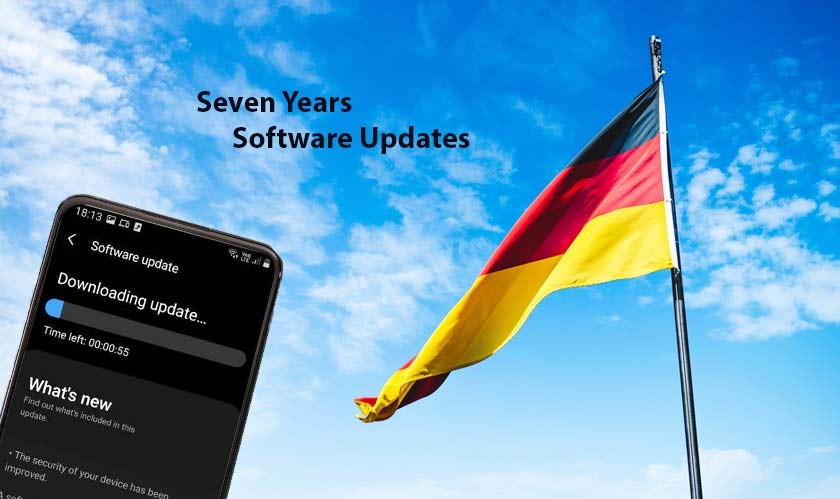 The federal government is in talks with the European Commission to oblige manufacturers to support updates for up to seven years.

Getting a software update for your devices can be tough when it comes to Android Smartphones. Although Apple has been complying with releasing updates for its very old devices, things are entirely different in the Android world. The OEMs have their own skin and software iterations of open-sourced Android software, and they often don’t push any update after two or three years. Even Google doesn’t promise seven years update for its Pixel lineup.However,the scenario of updates has improved since project treble, after Google implemented it to control OS fragmentation.

Now, the German government is planning to mandate manufacturers to support updates for up to seven years. The federal government is also in talks with the European Commission to oblige manufacturers to provide security updates and replacement parts for smartphones and tablets for up to seven years. Moreover, components to repair the devices must also be available at a reasonable price.

With its initiative, the German government is aiming to solve two major problems. It will increase the reliability and maintainability of devices. And with extended support, the life cycle of devices will improve, and thereby improving the environmental situation, as the production of smartphones will decline. As the devices get the latest security and firmware updates, they will remain protected and functional for a more extended period.