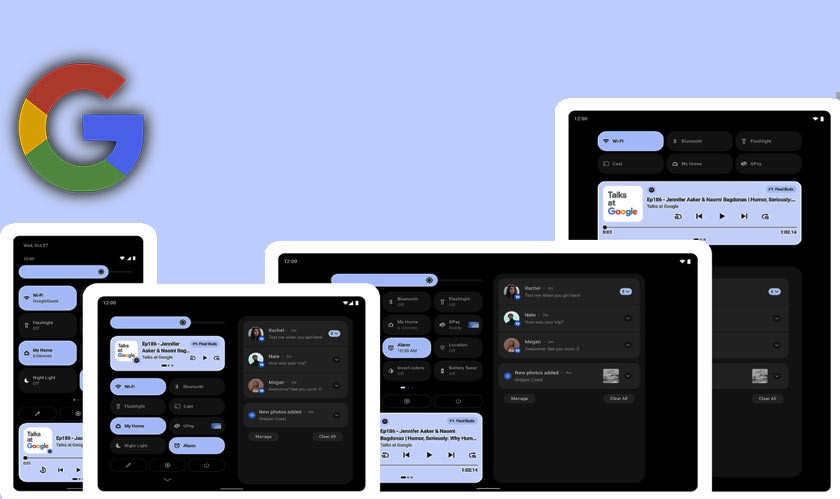 According to Google, over a quarter billion tablets, foldables, and ChromeOS devices are running Android in total.

Today, at the Android Dev Summit, Google has announced Android 12L — specifically built for Android devices with large screens. Here L stands for Large screens; as with this release, Google aims to make the Android experience more optimized for the OS to tablets, foldables, and ChromeOS devices.

Android 12L will include new APIs, tools, and guidance to help developers optimize their apps for large-screen devices. It brings several UI refinements to make Android more usable on large screens. For example, devices with screens above 600dp will have a new two-column layout for the notification panel to utilize the extra space.

Google has worked on making multitasking more powerful and intuitive in Android 12L. It features a desktop-like taskbar for quick switching between apps. Also, the split-screen is much more functional, as Android 12L automatically enables all apps to enter split-screen mode, even if they are not resizable. Android 12L will become available early next year with the next wave of Android 12 tablets and foldables.

A developer preview of Android 12L is now out for emulator use and will be available "soon" for Lenovo's Tab P12 Pro. Later, Google will also release a public beta for other devices as well as Pixel devices, but most of its features won't be visible on smaller screens. According to Google, over a quarter billion tablets, foldables, and ChromeOS devices are running Android in total. Moreover, there have been 100 million Android tablet activations alone in the past year, which is a 20% year-over-year growth.