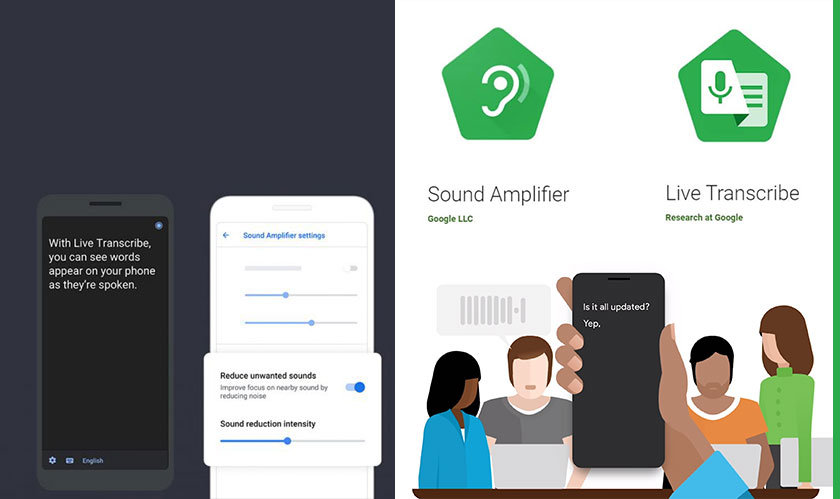 Live Transcribe and Sound Amplifier are the two new accessibility software features announced by Google. These have been specifically made for the Android users who are hard of hearing or deaf. The features will come preinstalled on Pixel 3 phones but other mobile phones can also avail these through the Google Play Store.

The Live Transcribe app transcribes speech in real-time (almost) so that people can communicate in situations where it may be difficult to. Live Transcribe, once activated in the Accessibility Settings will help a user transcribe. You as a user can begin a transcription session by pressing the accessibility button and choosing to “Live Transcribe.” The app can understand speech in more than 70 languages which will be helpful for users in a multilingual environment. Currently, the feature is being released in beta only.

Sound Amplifier, on the other hand, is made for those who are hard of hearing. Originally, announced in May 2018, the feature is hitting the floor now. The app is aimed at giving a user supreme control over sound settings so that he/she can hear with clarity. The app requires a phone to run on Android Pie to work though.