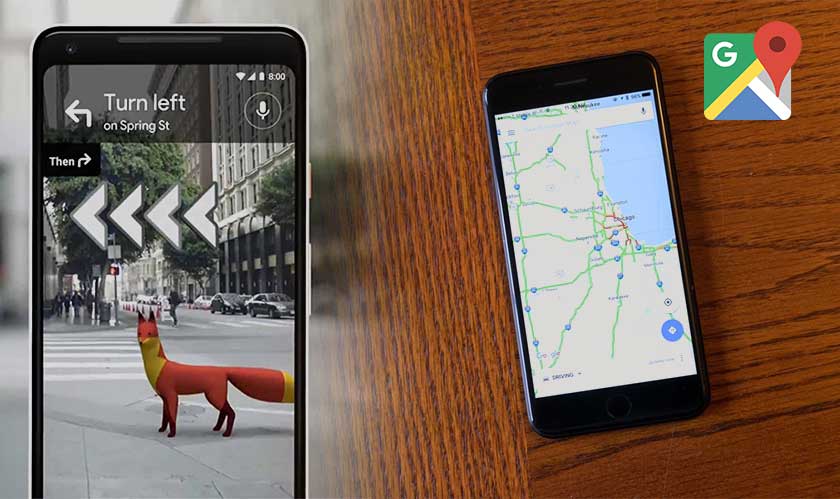 A new AR feature for Google Maps, which Google showed off at the I/O Developer’s Conference last year, will soon be available to “a few Local Guides” for testing. The new functionality uses smartphone cameras to tell users which direction to walk.

The software app picks up a person’s exact location with the help of GPS and Street View data, said The Wall Street Journal’s David Pierce – who got to try out an early version of the feature. Once the user’s location is pinned down, the app displays big arrows and directions on the screen to guide them to the destination. “It was as if Maps had drawn my directions onto the real world, though nobody else could see them,” Pierce noted.

Also at the bottom of the screen appears a small half-circle displaying a sliver of the map to let users know where they are and how long it will take to reach the destination. The AR functionality also shows nearby places such as bars and restaurants. "You instantly know where you are," Google VP Aparna Chennapragada said. "No fussing with the phone. The street names, the directions, right there in front of you."

In addition to this, she added that “just for fun”, Google has been "playing with the idea of adding a helpful guide" – which in this case, is an excitable fox that bounds in the direction users need to walk. With such a system that’s heavily reliant on visuals, users may look a bit dorky by holding up their phones in front of their face while moving at the same time. However, if Google gets it right, then, it’s a fun way of exploring places in a new city.