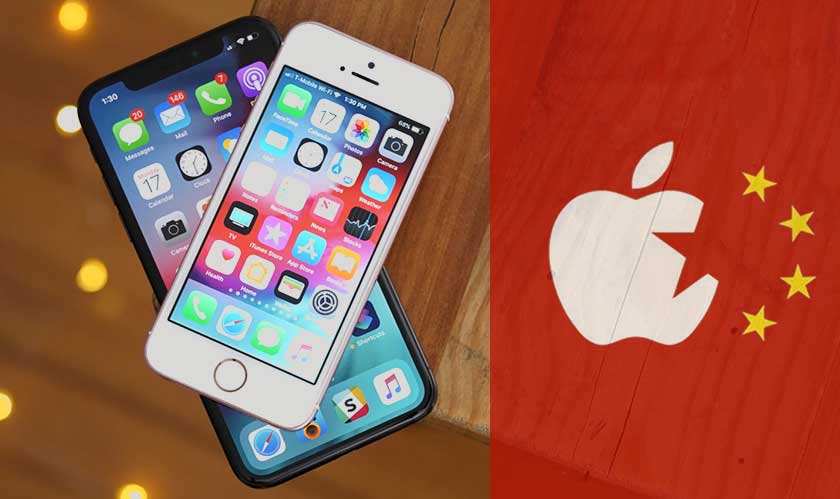 As a result of Apple’s legal battle with Qualcomm over patent infringement, some of the older iPhones were banned from being sold in China recently. Now, however, it appears that Apple has an elegant solution for the issue – a “software update” which it believes will address “the minor functionality of the two patents at issue in the case.”

The order issued by the Intermediate People’s Court in Fuzhou said that Apple’s seven smartphone models, from 2015’s iPhone 6s through to last year’s iPhone X, violated two Qualcomm patents related to photo manipulation and using apps on a touchscreen.

When the ban was first announced, Apple claimed that the most recent version of its software, the iOS 12 and following, does not infringe on those patents. It also said that “all iPhone models remain available for our customers in China.” However later, on Friday, Apple conceded that it needed to issue a software update to resolve the court’s concerns. “Early next week we will deliver a software update for iPhone users in China,” Apple said.

In response, Qualcomm said Apple “continues to disregard and violate the Fuzhou court’s orders. They are legally obliged to immediately cease sales, offers for sale and importation of the devices identified in the orders and to prove compliance in court.”

Apple can continue to sell iPhones in the country only if the court agrees to the software-update fix. On the other hand, Qualcomm has asked the Fuzhou court to enforce its injunction and halt the sale of iPhones across China.