The Daisie App from a known Maisie 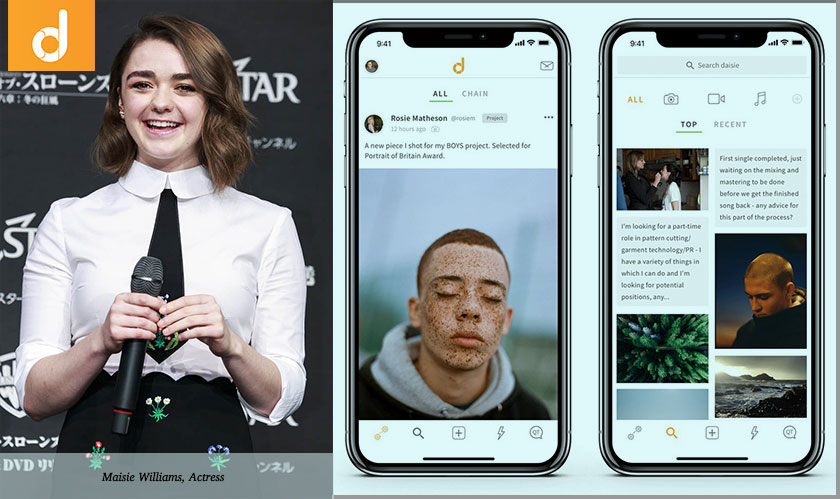 Earlier this year Game of Thrones star Maisie Williams had founded a startup in partnership with Dom Santry. Now, she plans to launch a new app called Daisie that will help the creative people of the world collaborate and find work. The app hopes to represent the skill set of the users of the app. It intends to work as an online portfolio and resume that people can show to the world.

The app unlike the others in the space will not be featuring any follower counts as they only tend to increase competition. This app though wants to focus on the person who is basically using it. The people viewing your profile on the Daisie software app will be able to measure your potential on the app based on what they see and contribute to your body of work.

Although Maisie herself never had a shortage of work (courtesy Game of Thrones), it is very well known that work doesn’t come very easy for the creative people anywhere; in such a scenario this app will help facilitate it. The app is reportedly being launched on August 1, 2018.