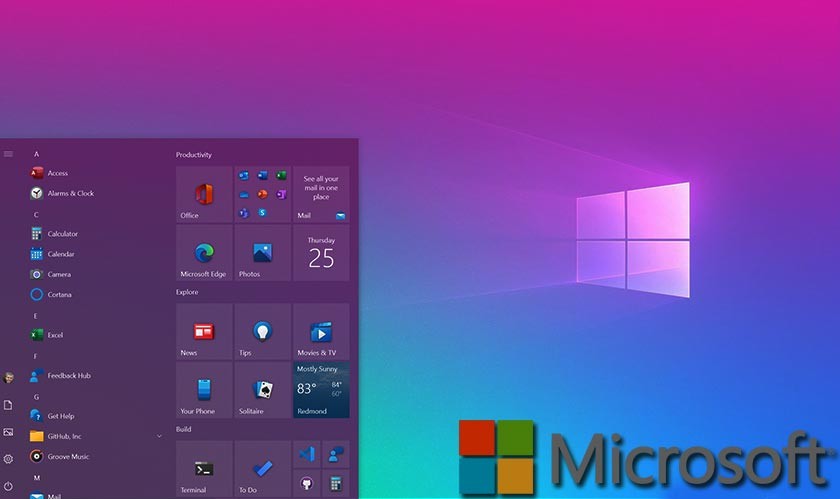 Microsoft announced that it is refreshing its Start menu with theme-based tiles and updating its Alt+Tab feature to switch between tabs in the browser.

The Redmond giant has just released a new Windows 10 Insider Preview build 20161 which brings visual and functional changes including improvements to the Start Menu and notifications, easier tab switching in Microsoft Edge, some bug fixes, and more.

The next major change comes in the Alt + TAB in Windows. Typically, pressing the two buttons together lets you switch between open apps. But with this new build, all open Edge tabs will also show up along with the active apps. To use the feature, you’ll need a Canary or Dev build for Edge along with the Windows 10 Insider Preview build 20161. This feature can be reversed by those who don’t like it.

Microsoft is also adding a “Programmable Taskbar” to provide a more personalized experience for new devices. From the first boot, the icons on the taskbar will change, adding shortcuts like your phone or Xbox apps for Windows accounts. Interestingly, existing users will not see a new taskbar and the Programmable Taskbar will only be available on newly set up devices.

The Windows 10 Insider Preview build 20161 also includes improved handling of notification alerts. This includes a more prominent app logo in the toast message to help you quickly identify which app has sent the message along with a cross button to dismiss the notification.