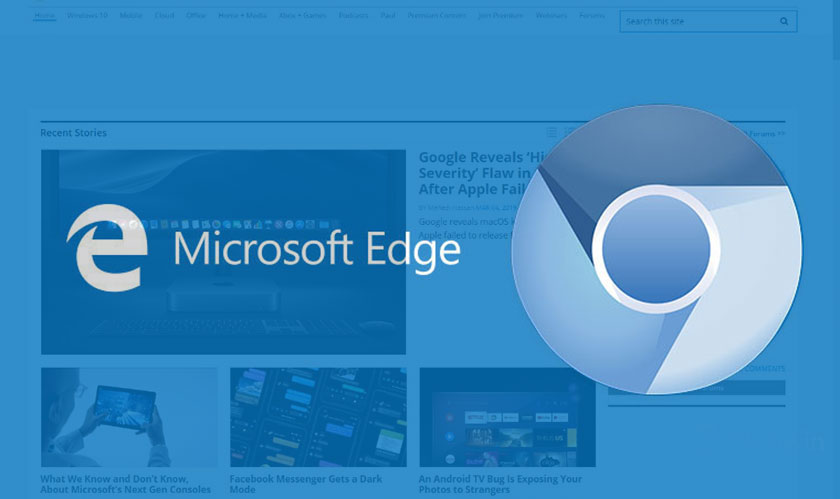 Microsoft has been internally testing a new version of its Edge browser on Chromium and the software maker has managed to make it look more like a Windows browser. A popular news website had secured an exclusive first look at the early work from an anonymous source. Point to note – Chromium is Google’s open source web project, to which Microsoft has been greatly contributing to its development, since the launch.

The newly born browser, before making its way to Windows 7, Windows 10 and even MacOS, is reportedly being sent for an Insider testing in a few weeks.  Also besides accepting Edge extensions by default, the browser will also support the Google Chrome ones via their store. Meaning, users can continue to enjoy thousands of nice extensions they rely on even with the new browser.

On installing the Chromium version of the Edge browser, Microsoft will prompt users to import favorites, browsing history, passwords, and other data from the default browsers, say, Chrome or Edge. Additionally, users will also be prompted to pick a style for the default tab page before using the browser.

The layout of the new browser was given a Microsoft touch where the navigation bar in the Settings Page is shifted to the left side (similar to Windows 10 apps), for example. Furthermore, Microsoft has even added its own services to the browser, like the Microsoft SmartScreen in place of Google Safe Browsing. Also newly added are Microsoft’s experimental flags such as, for instance, Fluent Controls (edge-controls) to render HTML form elements in using an alternative style to align with Microsoft's design language to improve touch and keyboard accessibility.