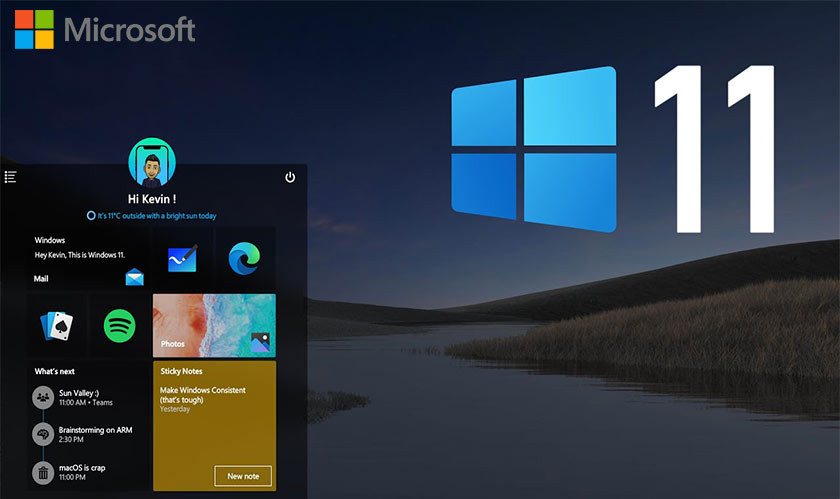 After a series of leaks and rumors, Microsoft has finally revealed its latest Windows 11 at its online event. The start menu moves to the center and brings up a beautiful design paired with a theme matching color palette with night mode and other subtle new design improvements. The big change comes in with the support for Android Apps natively. Windows 11 will allow all types of apps available through its Microsoft Store, like Win32, .NET, UWP, Xamarin, Electron, React Native, Java, Progressive Web Apps, and Android Apps. Although, the Android Apps will be managed by Amazon.

Windows has taken a bold step here, allowing publishers “platform integration.” The App store fees are comparatively less like 85%/15% for apps and 88%/12% for games. Moreover, if developers use their own third-party commerce platforms for their apps, like Adobe, they can and avoid paying Microsoft any fees entirely. It’s a win-win for Microsoft users and the developers as Windows 11 will have more app downloads directly from Microsoft Store, and users will not have much problem searching for apps.

There are many new other features like column layout for multi-tasking, Auto HDR upgrading for games, universal mute button in the system tray, and customizing desktop for different profiles like work, home, gaming, etc. Microsoft plans to launch Windows 11 as a free upgrade to PCs running Windows 10 by this holiday season. However, members of the Windows Insider program will be able to test the official build as early as next week.