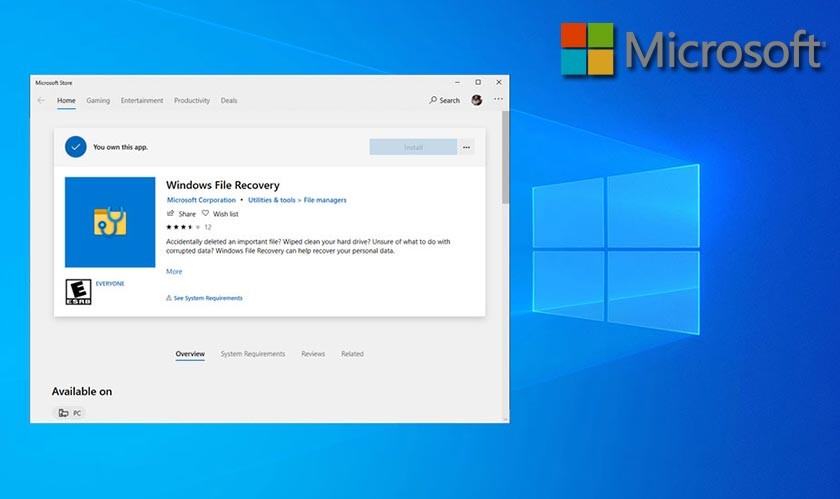 It can recover most file types, with Microsoft listing JPEG, PDF, PNG, MPEG, Office files, MP3, MP4, and ZIP files, and more. It will work with hard drives, solid-state drives, and memory cards, with support for NTFS, FAT, exFat, and ReFS file systems included. It, therefore, covers most configurations Windows 10 would be running in.

As per the storing mechanism used in devices like hard disk, SSDS, Pen Drives, and memory cards, a permanently deleted file stays in the storage as long as the drive is not brimming its total limit. When a file is deleted, the system doesn’t rewrite the space occupied by it. Instead, the system waits for the storage limit to exhaust.

Using this method, third party apps like Recuva had been a life savior for years. But now Windows has launched its app on the Microsoft store for windows.

The App lets users select an internal drive or external drives like Pendrive for recovery. The only system requirement is the need to be running Windows 10 version 19041.0 or higher, with architecture support extending to x86, x64, ARM, and ARM64.