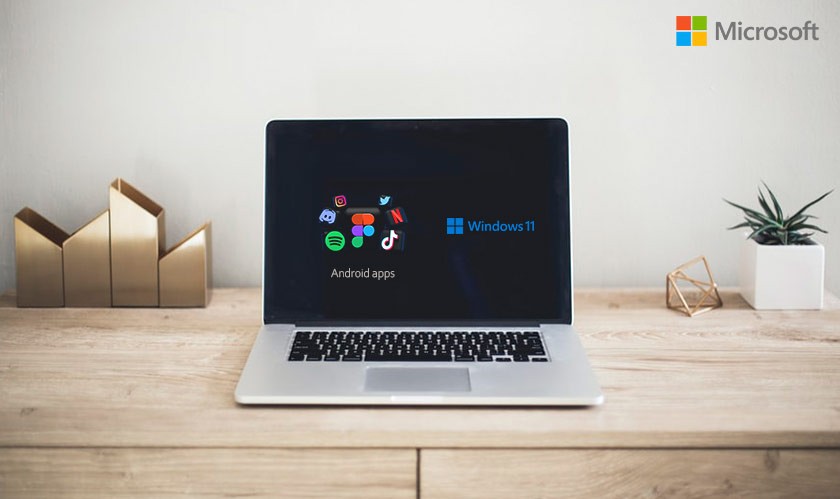 Microsoft has collaborated with Amazon to provide Android apps through its own App Store, for which you have to download its dedicated app store first.

When Microsoft released its stable Windows 11 version to the public on October 5, it only lacked one major feature announced at the launch event. Microsoft had promised to bring Android App support to Windows 11 soon, and keeping its promise, it has finally made it available for the beta testers. If you’re on the beta build, you can now try Android apps through the Amazon App store.

Microsoft is bringing a small subset of about 50 Android apps to the Windows 11 Insider Program, and later the availability of the apps also depends on the developers, as it may require a few tweaks in native APK files or the new AAB files. Microsoft recently made the Windows Subsystem for Linux available on the Microsoft Store to enable a more rapid update cycle independent of OS-level updates.

The Windows Subsystem for Android will use Intel Bridge technology to translate ARM code to x86. Microsoft has integrated Android Open Source Project (AOSP) version 11 into Windows 11, and it comes with its own dedicated settings page. The Settings page lets you adjust features like Screen Reader, subsystem resources, improve performance of the container, and more. Like Linux Subsystem, Android Subsystem runs in a Hyper-V Virtual Machine, and it can understand APIs of Android apps and adjust the experience of AOSP for Windows. To run these mobile apps, you’ll need Windows 11 version 21H2 Build 22000 or newer.