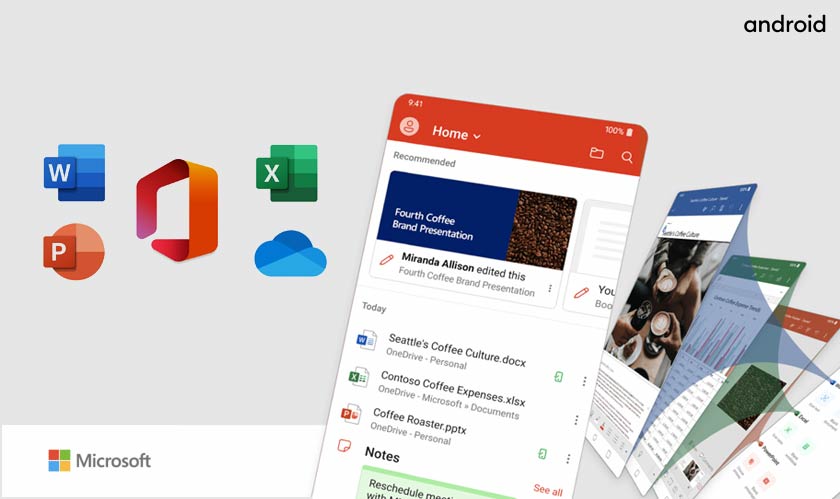 The presence of Microsoft apps on Android has always been limited. Since Android is Google-owned, most of the native apps on it come from Google. Long ago, it was easy to edit office apps like pdf, word, excel, PowerPoint simply from Google Drive. But later things changed and Google made standalone apps for all the file extensions.

Microsoft has been taking another route. It started with separate apps for each presentation program like Microsoft Word, Excel, Powerpoint, etc. All the apps were of considerable size reaching upto around 100 MB separately. This restricted Android users with limited storage in their phones from keeping all the Microsoft apps separately. Now, Microsoft has come up with a single app for all the office file extensions, called Microsoft Office. Interestingly, the combined app is only just about 100 MB with slight variation in the app size depending on different versions of Android. The app was in testing since November 2019, for both Android and iOS.

Now, Microsoft has made the app available in public for all android users. The app is available for free on Google Play Store.

For iOS users, the app is still in the testing phase. The registration for beta in iOS 12 is full.

The Microsoft Office app allows you to browse your One Drive files, edit any Word, Excel or PowerPoint or Excel documents from that app itself. It also has Office Lens Scanner which uses OCR technology to scan any printed text and convert it into editable text. There is also an inbuilt QR code reader. It can also synchronize with the Windows 10 Notes application which can help provide users with a seamless Mobile and Desktop experience.