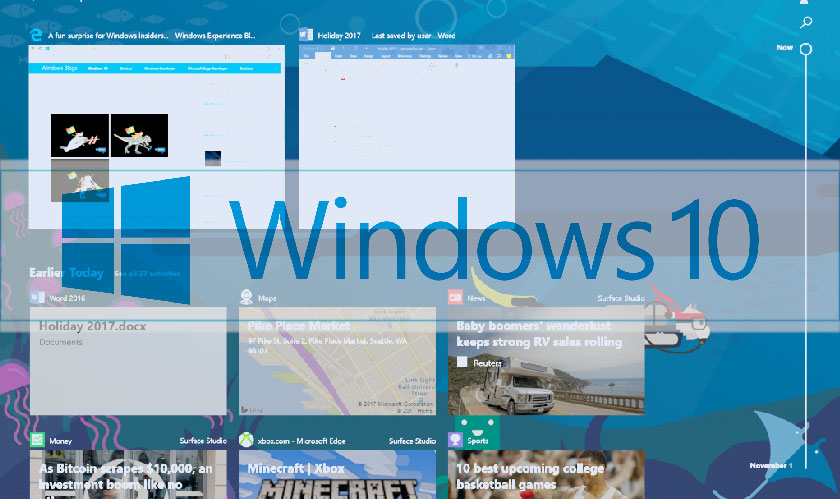 Just before we kick in the New Year, Microsoft has another big surprise in store for us. Microsoft is releasing a big update to Windows 10 testers today. The company is releasing Windows 10 build 17063 to Fast Ring testers. This comes with the Timeline feature and the new window tabs that Microsoft revealed the previous month.

Actually, the Timeline was supposed to ship with the Fall Creators Update. This would allow systems running on Windows 10 to resume apps and activities across devices. Basically, Timeline will actively and effectively allow users to pick up from where they left, while they’re switching between Windows 10 devices.

However, the best part is with Cortana integration, Timeline will even extend to some Microsoft apps on iOS and Android eventually. It's a quick way to move from one machine to another, much like Apple's continuity feature in iOS and macOS.

The Timeline isn’t the only things that Microsoft is testing. The giant company is also testing out Sets, which is a tabbed window feature. For now, it is testing Sets with a limited number of Windows Insiders today. Sets will add tabs to windows so that activities can be grouped into a single interface. It’s very much tabbed browsing but for every Windows 10 app.

Only Universal Windows Apps will be supported initially, with this extending to Office and win32 apps next year. Microsoft has also hinted that by the time Sets is ready to be shipped, it may have a new name.