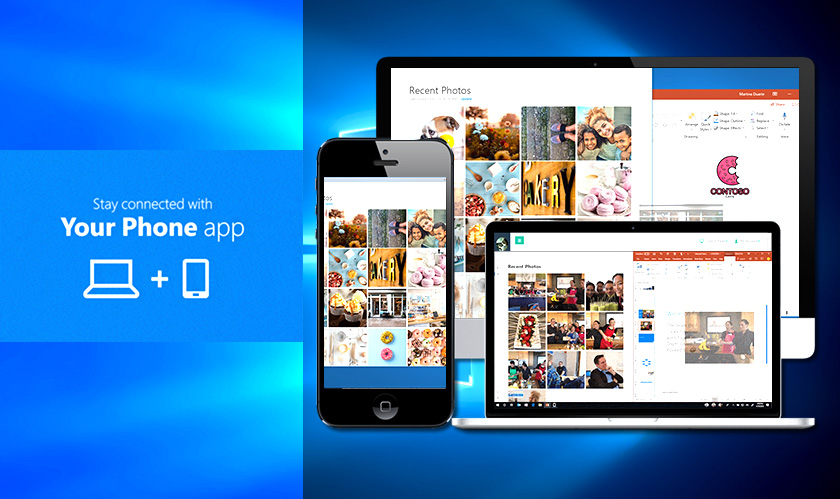 Microsoft starts to test its new Your Phone app that was designed to mirror content from your phone to your PC operating on Windows 10. The app lets Android users drag and drop recent photos straight into their Office or other Windows apps. Android 7.0 and above are compatible with Your Phone app.

And in the coming weeks, Microsoft even plans to provide the Android users with a desktop pin that takes them directly to their Your Phone app – for quicker access to their phone’s content. This requires users to download and set-up a software app sent by Microsoft in the Your Phone app.

The list excludes users in the China region, and Microsoft assures a roll-out in the future. For iPhone users, the Your Phone app allows users to link their phones to their PCs, and unlike Android users, iPhone owners can do a lot more than just a photo drag-and-drop. For example, iPhone users can switch between their phone and PC while surfing, by just ‘sharing’ the web page in a click.

Microsoft has only begun testing on Android, and the app is being tested as part of the next Windows 10 update. Fortunately, Microsoft is also planning to add more features for Android users, like synching text messages, notifications etc.

The updated version of Windows 10 is reportedly reaching users this October, however, it is unclear if Your Phone app will ship directly in this update or be made available exclusively.