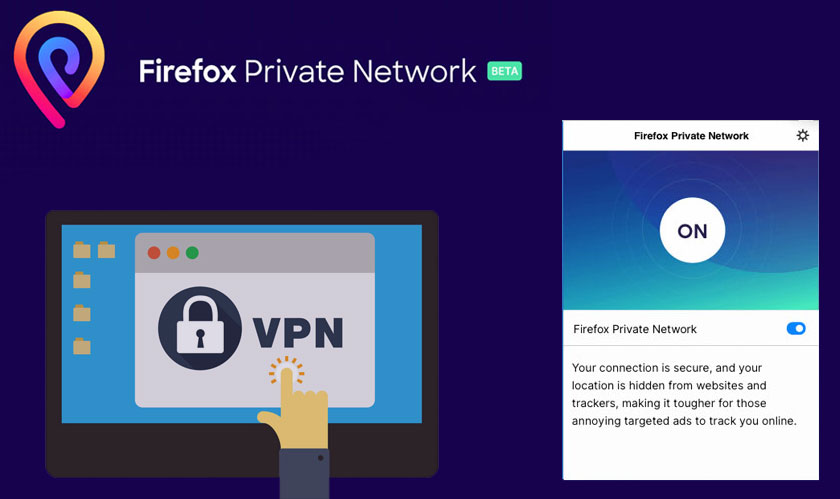 People are more and more concerned about their privacy these days, and Mozilla is moving towards a more secure network. Its latest beta extension secures all your files and also hides your IP address from third parties.

Earlier, Mozilla allowed its users to use the Firefox test pilot version with experimental extensions and the feedback from Firefox fans has inspired Mozilla. And now, they have put out a new browser extension for its users.

The latest software in the news from Mozilla is the Firefox Private Network that makes sure that your device is safe when you are accessing a public Wi-Fi. It also helps the users in hiding their IP address. Mozilla describes it as a safe pathway to the web. The Firefox Private Network is similar to a basic VPN that browsers like Opera provide by default, and hence Mozilla doesn’t refer to it as a VPN extension.

There is a toggle switch that comes along with the beta which allows a user to switch the VPN on or off anytime. The current version is free during the trial period. Some reports say that the download speed with the switch turned on has been on the slower side but doesn’t affect the normal browsing speed.