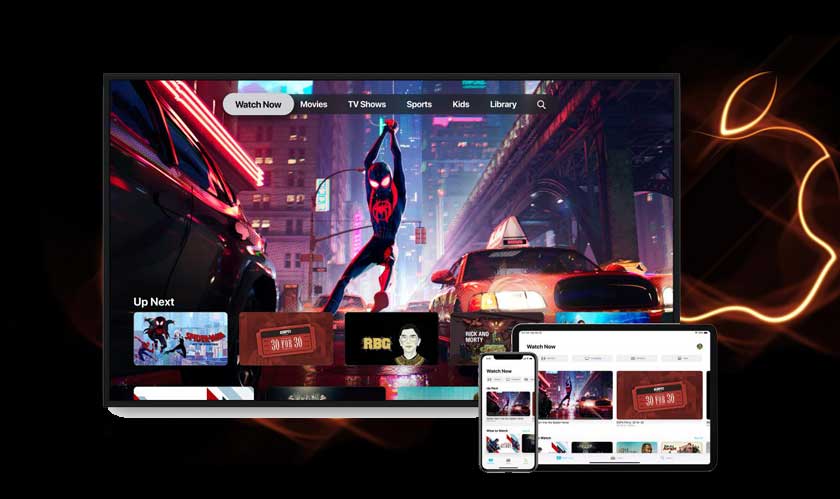 Announced back in March, the revamped Apple TV app is finally here. The new app is going live today and will be available for customers on the iOS, Apple TV, and Samsung TV platforms. You’ll be seeing the app with a refreshed look and feel that’s updated on the iOS and tvOS. You’ll also be able to access a whole range of Apple TV Channels along with HBO, Showtime, Epix, and others.

With the Apple TV software redesigned, you’ll find personalized recommendations, editorial suggestions, etc. You’ll find a ‘For You’ recommendation section that’s based on your previous viewings, similar to how Netflix does it. Apple has also released a Sports section and a Kids section.

When Apple announced the Apple TV app, it announced that the video presentation would be top-notch for the Apple TV Channels. This means, even if you’re watching HBO on Apple TV app, it’s going to be Apple handling all that goes into streaming the video- encoding, serving the stream, etc. Although Apple isn’t currently giving us all the details about the stream quality for the channels, we know for certain that it’s going to be Apple controlling the audio fidelity and bit rate.

It does seem very appealing, doesn’t it? The new Apple TV app is going to join the league of streaming rivalry with other giants like Amazon Prime Video, Netflix, Hulu, etc. If you’re interested to check out the new app, Apple TV Channels are available for a weeklong trial and can also be linked with the Family Sharing Group.