Paul Allen, a Tech and Sports luminary passes away at 65 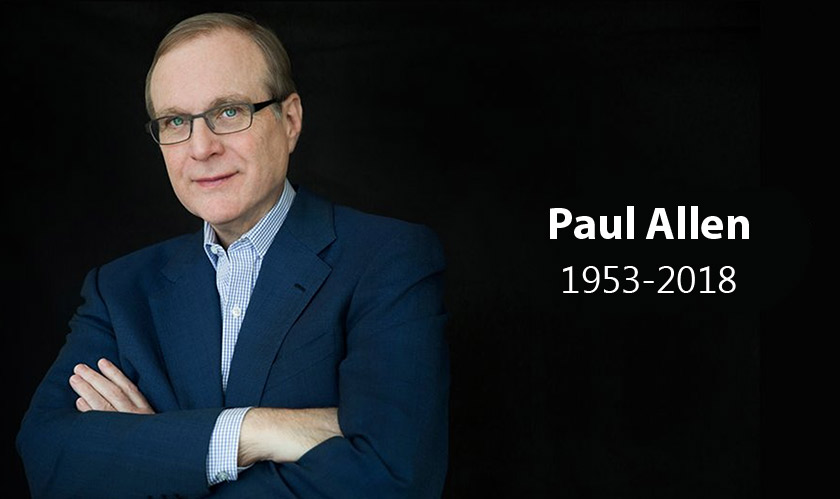 Today, we bid adieu to Paul Allen, one of the visionaries who changed the world. Although his contributions and interests leaned more towards sports later in his life, we will remember him for co-founding the software giant, Microsoft.

He played an instrumental role in getting Microsoft going when the company was starting out. Acknowledging this, Bill Gates wrote a tribute on his website saying that it was Paul Allen who made Microsoft happen. He wrote “One day he came and got me, insisting that I rush over to a nearby newsstand with him. When we arrived, he showed me the cover of the January issue of Popular Electronics. It featured a new computer called the Altair 8800, which ran on a powerful new chip”. Paul exasperated told Gates “This is happening without us.” Gates says that it was at that moment his college days ended and they started working on Microsoft.

As they say, rest is history. If it wasn’t for that moment, perhaps Microsoft would never have happened.

Paul left Microsoft in 1982 following a Hodgkin’s Lymphoma diagnosis and then founded Vulcan in 1986. Vulcan is a private company that focuses mostly on humanitarian work like philanthropy and various conservation projects and also some business/sports activities like the managing Allen’s Seattle Seahawks and Portland Trail Blazers.

He was diagnosed with non-Hodgkin’s lymphoma in 2009 and fought a long battle with the disease until the end.

We will forever remember him for his humanitarian work and of course, Microsoft. Adios Chief.