Qualcomm pulls Intel into its legal battle with Apple 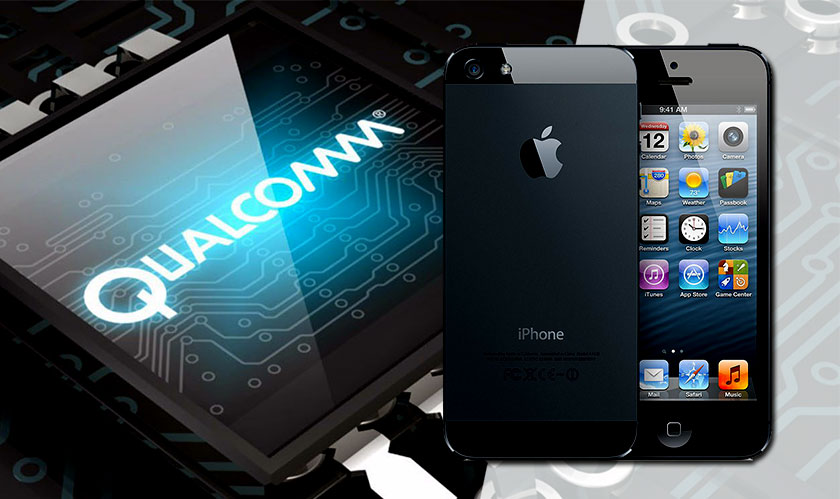 Apple and Qualcomm’s epic legal battle gets a new update. Qualcomm alleges that Apple gave Intel the wireless technology that it had been stealing from it for several years. Qualcomm says that Apple has been doing this to not only rid itself of the need to rely on Qualcomm components eventually but to also boost Intel’s modem speeds, which are known to be slower.

The almost two-year-old battle started with Apple claiming that Qualcomm, the dominant supplier of smartphone modems, was abusing its position by demanding unreasonable fees for its technology. But now Qualcomm tries to countercharge Apple and claims to have “good evidence” which shows Apple sharing Qualcomm’s source code and other tools to Intel‘s software engineers.

The complaint filed by Qualcomm states: “On information and belief, Apple developed and carried out an intricate plan…to steal vast swaths of Qualcomm’s confidential information and trade secrets… to improve the performance of non-Qualcomm chipset solutions and, in conjunction, the performance of iPhones based on such non-Qualcomm chipset solution.”

The claims aren’t fresh; Qualcomm initially did say that Apple failed to protect its code – classified data Apple had access to since 2009 – and it may have leaked it to Intel. But now, Qualcomm claims, or rather the lawsuit it filed says – unable to open the secret Qualcomm files Intel received, Apple engineers are said to have used Qualcomm’s own tools to unlock those files.

Unhappy with Qualcomm’s dominance in the smartphone modem market, Apple may have worked to bolster Intel as a competitor, illegally, claims Qualcomm.