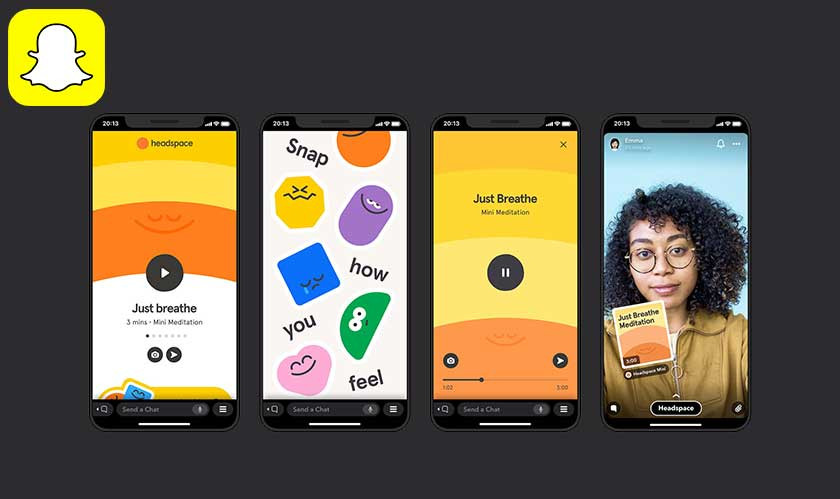 Snapchat has started rolling out mini-apps for its app on android and iOS. The “Snap Minis” are the small apps built on HTML5 which are very small in size and can be developed as an extension to the standalone Snapchat app. It can act as an add-on in the Snapchat app itself.

For now, Snapchat has four mini-apps in their catalog. The headspace app has features like guided sessions for activities like “Just Breathe,” “Get Out of a Funk,” “Kick the Panic,” “Be Nice to You,” “Pressure to succeed,” and “Me Time.” It increases app productivity as well as user retention on the Snapchat app. The other mini-apps include Flashcards (to allow study in groups), Prediction Master (serves timely questions on current topics), and Let’s Do It (allows groups to make decisions together). The developer can make a small app like games or a productivity app for Snapchat.

This comes after Apple announced similar “App Clips” features which will come later this fall with iOS 14. With the support for App Clips, developers can now create lite versions of their apps which can be accessed via a website, NFC tags, or QR codes. App Clips don’t require users to download and install the full app to access certain features like ordering a product or paying for a service.