Trimble XR10 is a customized hardhat with a built-in HoloLens 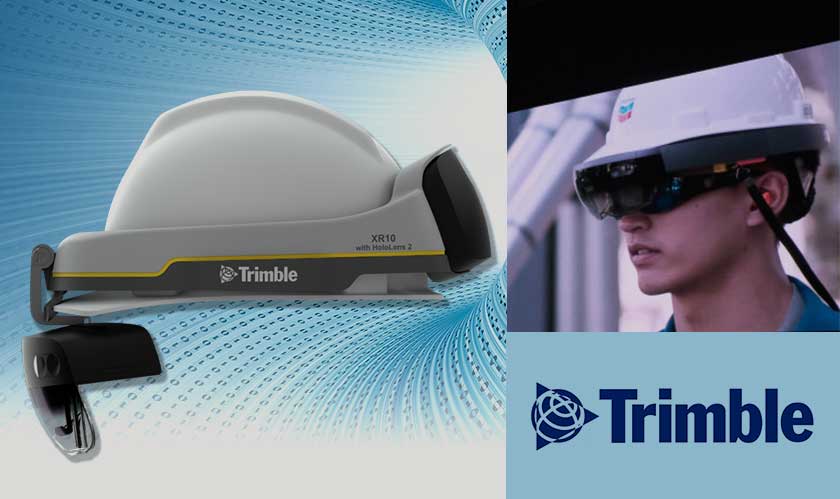 Microsoft announced the latest version of its HoloLens mixed-reality headset – HoloLens 2 – at the Mobile World Congress in Barcelona. The software giant also announced a customization program for the HoloLens 2 – which already is being used by the company’s first partner Trimble to build a hardhat with the headset built into it.

The customized hardhat, named the XR10, gives construction works a heads-up display on the site. “The Trimble XR10 with HoloLens 2 brings mixed reality right to the front line, enabling workers in safety-controlled environments to access model data directly on site,” Trimble wrote in its website.

“Trimble Connect for HoloLens utilizes mixed-reality technology to take your 3D content off the screen and into the real world,” Microsoft wrote in a post describing the advantages of using Trimble’s technology. “It provides project stakeholders with enhanced 3D design review, coordination, collaboration, and project management processes.” “Built on the cloud-hosted Trimble Connect collaboration platform, Trimble XR10 is a new way of working with AECO models throughout the building lifecycle, from design to demolition,” the tech giant added.

Founded by an ex-Hewlett Packard engineer, Charlie Trimble, the Silicon Valley-based company Trimble partnered with Microsoft in 2015 to develop a hololens using Microsoft holographic technology to bring BIM (Building Information Modeling) out of the computer screen onto the real construction site. Now, with XR10 having fulfilled the long-cherished dream, Trimble is all set to make a significant impact in the AEC industry in time to come. The headset will be available at the same time as the regular HoloLens 2, the companies confirmed.