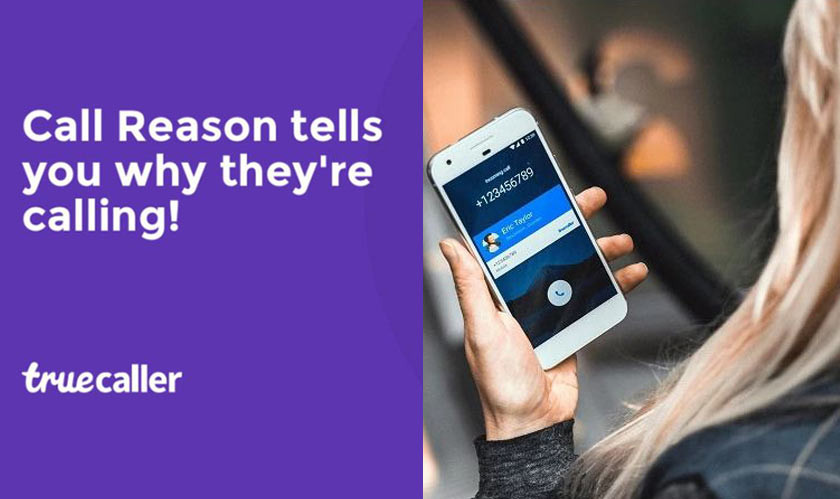 Truecaller, the go-to app for call identification for mobile numbers has introduced a new feature called "call reason." It will allow users to see the reason why someone is calling. Of course, the user calling must update the same before calling.

"We've been seeing tweets and messages from you telling us that you wanted to know why people were calling. It's clearly a great idea, so we made it happen. Although it only takes up a small part of the app, this feature will change the way you make and receive calls, just as our famous Caller ID has done for Truecaller users around the world," Truecaller said.

The feature will certainly help users in a productive way. For example, if you get a call with an "Emergency" message popping up with a call, you will most likely pick up the call even if you are busy. Whereas, if you are driving or are busy at work and get a call with a reason mentioned as "Discussion about weekend Trip," you can easily decide your priority. This is one of the most requested features, which none of the other apps implemented before.

Apart from this, Truecaller has also introduced an SMS scheduler. It will help if you need to remind someone of a meeting, party, or other important work. The scheduling can be done before the date and time for which you want to send the SMS.

The update will be pushed to iOS in the coming weeks. For Android users, the update is already rolling out in a phased manner. The free feature is being rolled out to users worldwide on Truecaller (version 11.30) for Android. You must update your app to the latest version to get this feature.