Twitter Makes a Re-entry to Mac with Its New App 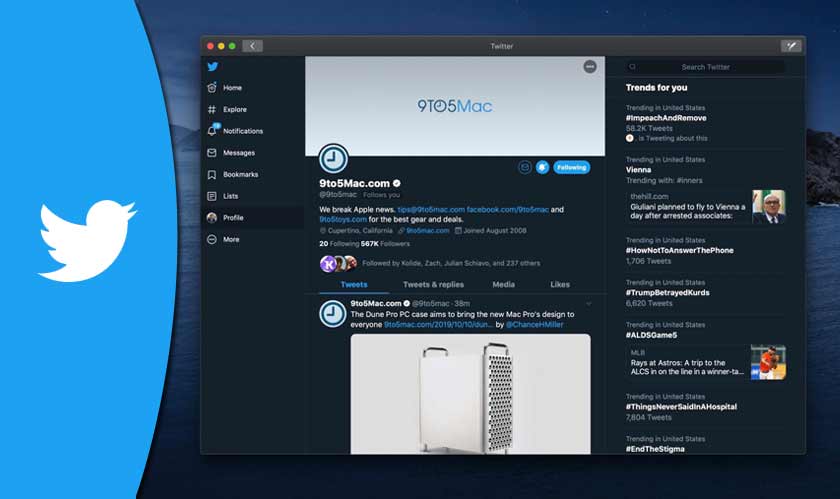 Twitter is ready for its re-entry into the macOS ecosystem with the help of Apple’s Project Catalyst, an initiative from Apple to help developers’ port their iOS apps onto Mac.

Apple previously had Twitter for Mac app but it was discontinued last year because it was hard for Twitter to maintain two separate codebases for its software. As of now, the Twitter app can be downloaded from the Mac App store but only for those users who have the new macOS Catalina.

The macOS Catalina lets users run iPad apps which they can download from the Mac App Store and thus use an iPad as a second screen.

“We are excited that Project Catalyst will enable us to bring Twitter back to the Mac by leveraging our existing iOS codebase. We'll also be able to add native Mac features on top of our existing iPad experience while keeping our maintenance efficient as we continue to improve this shared codebase in the years to come,” stated an Apple spokesperson.

But according to reports the latest UI feels different and doesn’t quite fit in with the natural Mac style, but for Mac users, it’s a relief as it is back in the Mac app store.