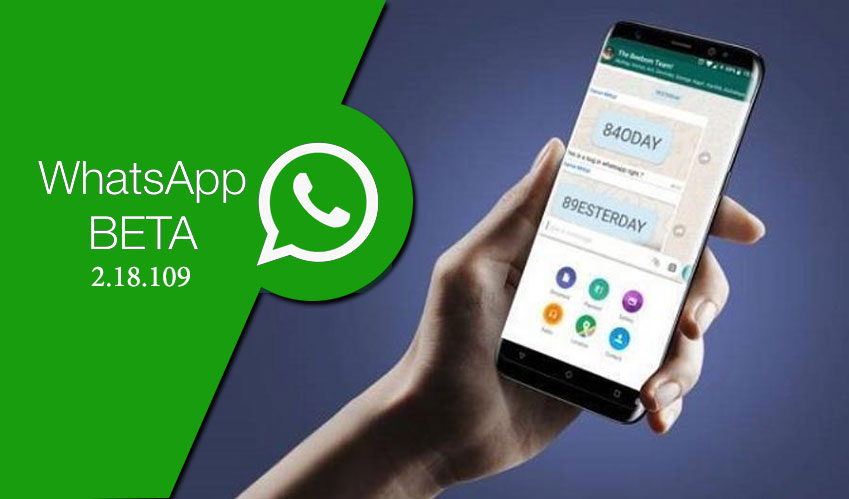 Whatsapp updated its android beta 2.18.109 to rectify a day bug which was troubling all android users using this platform. This update was first noticed by WABetaInfo; earlier reports revealed that this version is attacked by a mysterious bug that altered timestamps with ASCI codes.

Reports mentioned that timestamps for chats show “89ESTERDAY and “84ODAY” instead of “Yesterday and Today” because the bug was changing the initial alphabets of the timestamps with ASCII codes. As soon as the existence of the bug was detected, the WhatsApp team made an update to fix the trouble.

May it be WhatsApp or Apple; many such tech companies depend on beta testers to eliminate the bugs. This is where the WhatsApp beta testing programme comes to play. If you are a beta tester, you can try the coming up feature before anybody and you are free to give feedback to WhatsApp about any bug. Later, WhatsApp collects the reports of the bugs and rectify.

Facebook-owned WhatsApp is in search of full-time head to carry on the operations in India. The position is based out of Mumbai, and the person will directly report to WhatsApp’s Chief Operating Officer Matthew Idema in California.