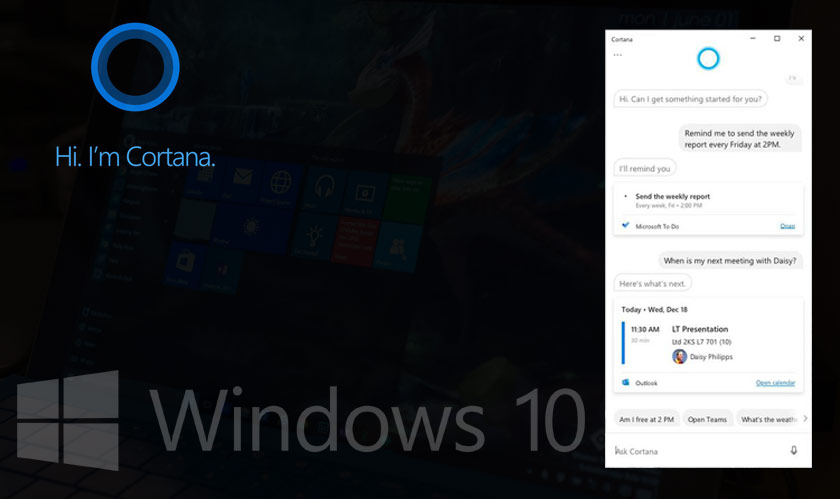 Microsoft is bringing some major changes to its personal assistant ‘Cortana’, the latest Windows 10 update will enhance security and bring new capabilities to the assistant, but unfortunately the same update will also take away its consumer skills.

The software giant is slowly making Cortana productivity-oriented by removing its consumer skills. This will mean that Cortana can’t be now used for music, connected homes, and other third-party skills. There’s also hint that Microsoft will be killing Cortana support for older versions of Windows.

The all-new Cortana will provide an “update experience” and better “personal productivity assistance”, according to the company. Cortana will now have a chat-based user interface in the latest Windows 10 update along with support for input from the keyboard.

Cortana will still be able to carry out voice commands like searching for files and creating and searching for emails, etc. The personal assistant will also be able to access Microsoft To-Do lists, create reminders and even check existing calendars. But as of now, these features will only apply to users in the United States.