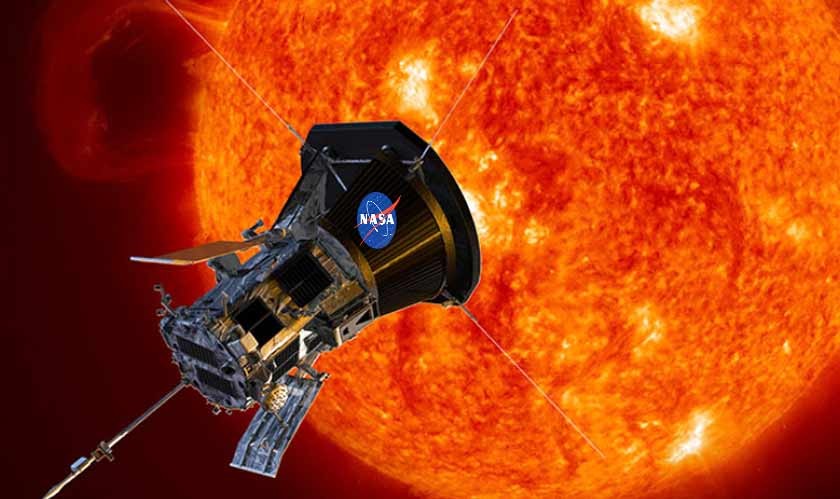 NASA's Parker Solar Probe becomes the first spacecraft in history to touch the Sun. NASA announced the Parker Solar Probe has flown through the Sun's upper atmosphere—the corona—and sampled the magnetic fields and particles of the solar corona.

The Parker Solar Probe's entry into the Sun's atmosphere marks the latest milestone for NASA and a giant leap for all of solar science. In its official press release, NASA says that the probe's contact with the Sun and its entry into the Sun's atmosphere is as significant as the Moon landing. How the Moon landing paved the way for understanding how the Earth's only satellite was formed. Touching the very stuff that forms the Sun will allow scientists at NASA to uncover critical information about our Solar system's native star and its influence on the Solar system we inhabit.

As the probe circles closer to the Sun's surface, it makes significant new discoveries that other spacecraft were too far away to see. Parker Probe's 2019 observations from within the solar wind—the flow of atomic particles from the Sun the can influence us at Earth—discovered the solar phenomenon of 'Switchbacks,' which are plentiful close to the Sun. But scientists still weren't sure how and where they were formed. Since then, the probe has since halved the distance to the Sun and has identified the Solar surface as one of the places they originate from.

After the first passage through the corona and the promise of more similar flybys to come will allow the Parker Solar Probe to provide data on phenomena that are impossible to study from afar.