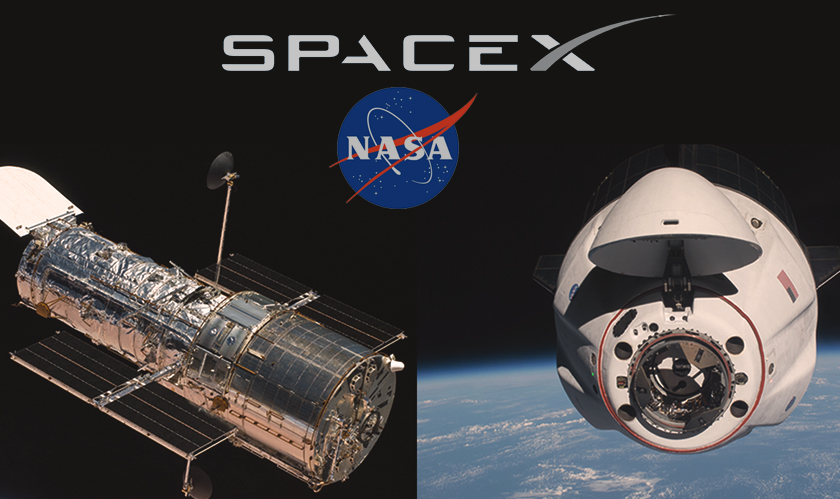 SpaceX plans to fund a study with NASA to examine ways to use the space firm’s Dragon capsule to raise the Hubble Space Telescope’s orbital altitude, extending its useful life.

A few months ago SpaceX approached NASA with the idea of a study of how a commercial crew could help boost the Hubble space telescope into a higher orbit, extending its observational lifetime.

The Hubble Space Telescope has been a workhorse cosmic observatory for astronomers around the world since its launch in 1990, delivering dramatic stellar imagery and enabling important discoveries like the moons of Pluto and the age of the universe.

NASA said teams will collect data to aid in determining whether it would be possible to safely rendezvous, dock, and move the spacecraft into a more stable orbit.

The SpaceX-funded study will examine, among other things, whether the firm’s Crew Dragon capsule will need to be modified to dock with and raise the space telescope’s orbit, and whether astronauts will require being onboard for a potential mission.