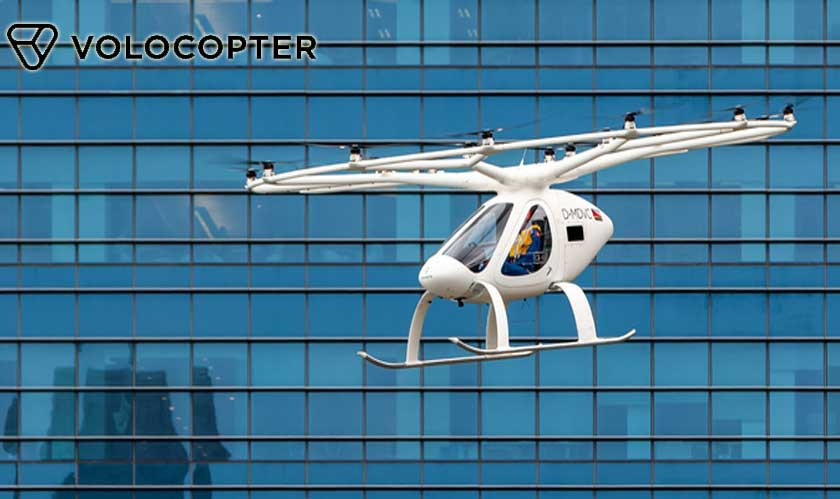 The German Air taxi startup, Volocopter has announced its newest aircraft, VoloConnect, aimed as the extension of VoloCity urban air-taxi service. The Voloconnect is a 4-seater suburban shuttle. The company said, “In our mission to take mobility to the next level, the VoloConnect is going the extra mile. Quite literally. Our newest eVTOL aircraft is designed to work as an extension of our VoloCity urban air taxi services. It will connect the city and suburbs in one swift, smooth, and emission-free flight, taking the urban air experience even further.”

The VoloConnect is a fixed-wing version with retractable landing gear. The aircraft has two propulsion fans plus six electrical motors and rotors. The resulting lift-and-cruise design can transport up to four passengers efficiently on routes of 100 km (62 miles) at a speed of 180 km/h (112 mph), with a top speed of 250 km (155 mph). The company aims to start the passenger trails soon and get certified by 2026.

Apart from this, the startup has a range of products, including VoloCity air-taxi with the ability to vertically take-off and land. Back in 2011, Volocopter was the first company to ever construct and fly a human with this type of vehicle. The other is the VoloDrone, which is an unmanned, fully electric utility drone capable of carrying an impressive and unprecedented payload. The VoloDrone has been designed to serve challenging missions across diverse industries and ready to be deployed where classic transport reaches its limits.