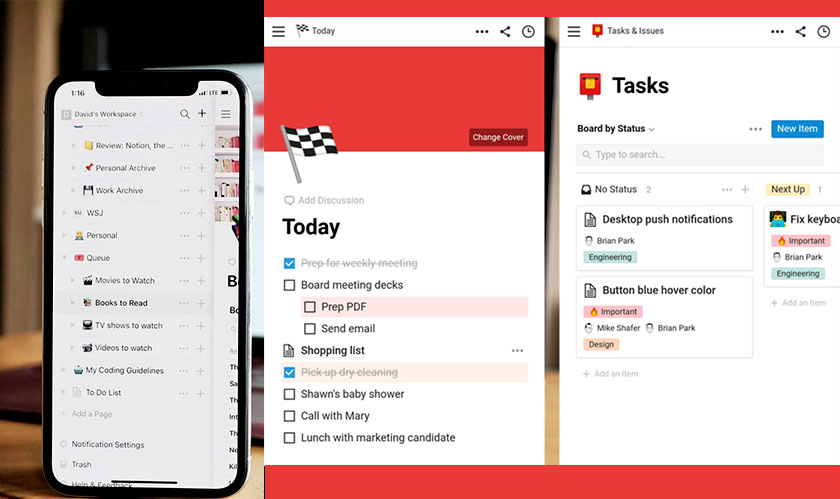 Notion, a new note-taking app has been released for Android. The two-year-old company led by Ivan Zhao, the CEO, is situated in San Francisco and is more likely to replace the popular note-taking apps Evernote and Bear. The app comes with a very flexible interface for taking notes and creating to-do lists. To organize tasks into tables, kanban boards, and calendar views are its other attractions.

Initially, the company targeted the corporate market but later on, it took into consideration the individual users as well. The subscription plan for individual users starts from $4 per month, and a more advanced design for the corporate starts with an $8 per month. However, the app awards all users with a free version of the site that lets you create a 1000 items that can include notes, tasks, embedded maps or calendar views – well within the 5MB upload limit. Meanwhile, the paid users can enjoy an unlimited storage, no file upload limit, admin permissions, priority support and much more.

Notion’s notion was to build a sophisticated app that can do a lot like any enterprise software product does, and it seems they succeeded by including building tools for teams to track tasks and manage projects, admin rights etc. With Evernote’s sad performance and Bear’s platform-dependency (works on iOS platforms only), Notion is set to enter through the doors seemingly wide-open.