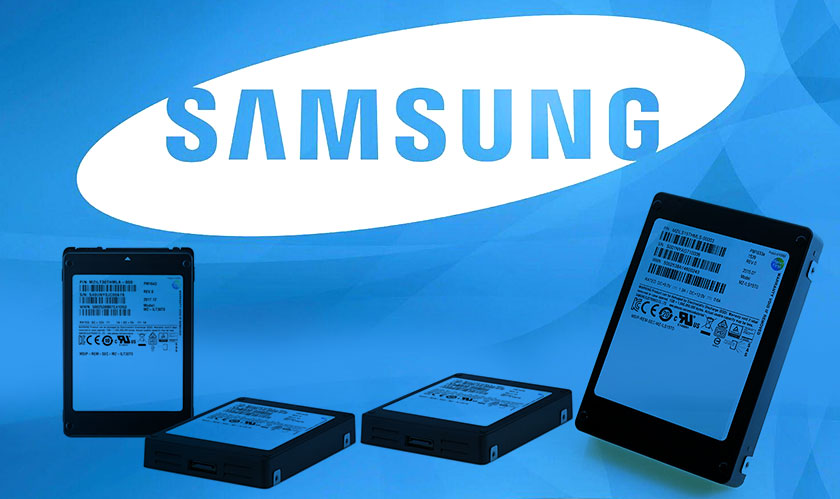 Samsung Electronics has launched its new NF1 Solid State Drive (SSD). The NF1 SSD is industry’s highest capacity NVMe SSD. The introduction of the NVMe SSD will speed up the shift to higher capacity data centers and enterprise networks for high-speed data analysis and cloud services.

Samsung’s new release is an 8TB SSD that is optimized for data-intensive analytics and virtualization applications in next-gen data centers and enterprise server systems. The NVMe SSD is built with 16 of Samsung’s 512GB NAND packages. The capacity offered is twice than that offered by M.2 NVMs SSD that is used commonly in big scale server designs and ultra-slim laptops.

The new SSD has a high-performance controller. It supports NVMe 1.3 protocol and PCIe 4.0 interface that will deliver the speeds of 3100MB/s and write speeds of 2000MB/s. The speed offered by NF1 SSD three times than those offered by typical SATA SSDs. The SSD includes a 12GB LPDDR4 DRAM to enable faster and more energy efficient data processing.

Samsung’s new SSD received 2018 CES innovation award in January this year. According to the company, the new SSDs are now available. To add to its massive repertoire in storage technology, Samsung will come out with a newer version of the SSD which will be available for purchase in the second half of the year.