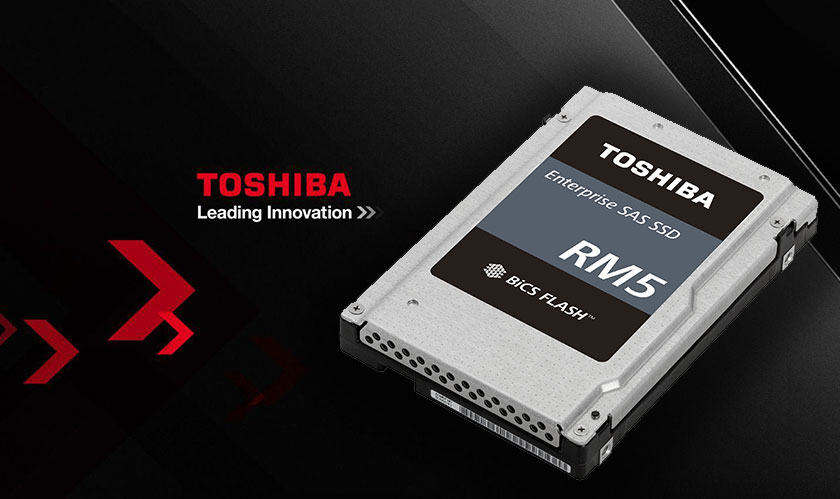 By releasing its new product RM5 vSAS, Toshiba aims to provide a cheaper and yet a higher performing solution to overcome the shortcomings of SATA. RM5 will allow the use of native SAS form end-to-end, removing the need for protocol translation to SATA.

Customers will experience vSAS’s richer features and realize a superior performance throughout that is 4 times than that of SATA SSDs. The new RM5 vSAS will also be available at costs that render the traditional SATA SSDs obsolete.

Commenting on the lesser scope of SATA with time, Cameron Brett, Toshiba’s Director of Marketing, SSD and Storage Solutions said, “SATA will be phasing out over time, thanks to Moore’s Law. SATA has no official roadmap, and it doesn’t look like it has much more development happening to it after its 6 GB version, so we’re looking at the market after SATA stalls out and sunsets.”

The RM5 vSAS series will be initially available in capacities up to 7.68TB with a single 12Gb/s port, SFF-8639 connector and in a 2.5” form factor.