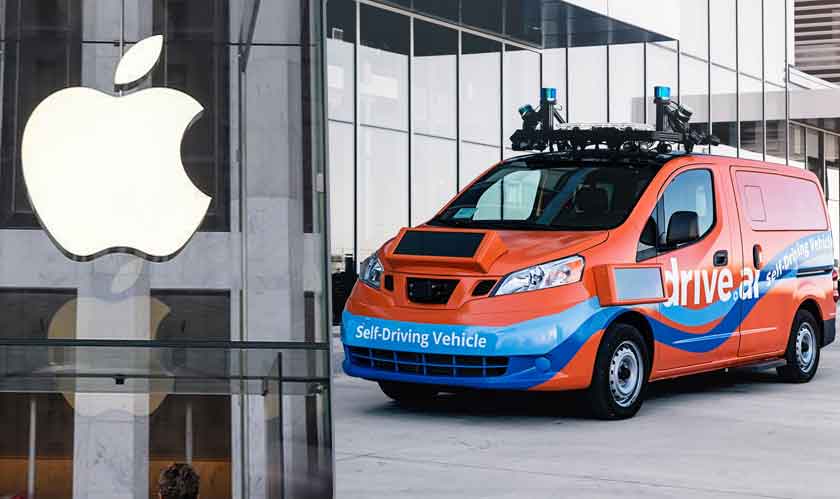 Apple has acquired Drive.ai, the self-driving startup founded in 2015, valued at $200 million. However, with the turn of events, Drive.ai was laying off its staff and shutting down. It seems like Apple has come to its rescue, adding the AI engineers to Apple’s own Project Titan. The terms of the deal haven’t been disclosed.

Even though Apple is acquiring the AI startup, it is believed that 90 employees from Drive.ai will still be laid off. The turn of events for Drive.ai has been drastic. The company was doing fine until last year and was funded as one of the promising startups working on autonomous driving technology. Founded by machine learning researchers from Stanford University, Drive.ai had been running a ride-hailing service with its autonomous shuttles in Texas.

Drive.ai was also in news for conducting tests on its autonomous vehicles on fixed-routes without any human safety drivers on the public roads. The modified Nissan NV200s were highlighted with a “self-driving vehicle” label and let run on public roads.

But in an environment of tough competition and high expectation, and millions of dollars invested, Drive.ai wasn’t driving it. Even with Apple’s support now, it still isn’t clear how Drive.ai will survive. But for now, the startup is in safe hands.