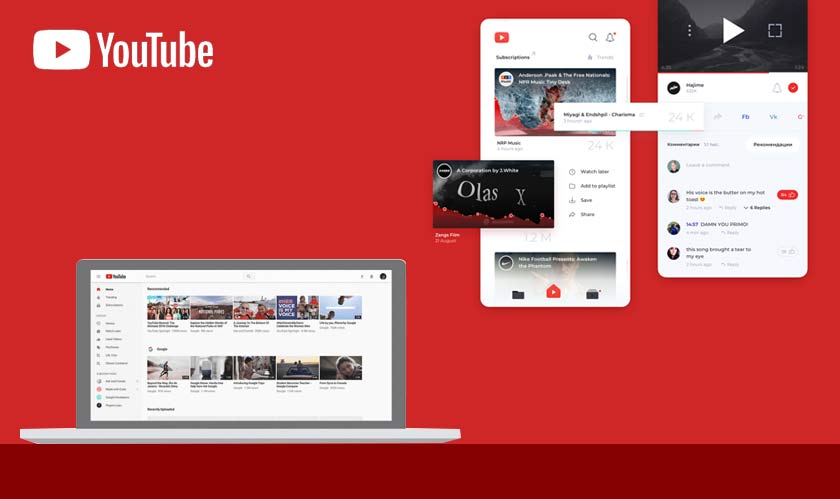 Google has been switching its UI appearances ever since it launched Material Design language and YouTube had the most number of changes in the past decade compared to other Google sites. And yet another change is hitting YouTube from March 2020.

Google Web services like Gmail, Drive or Docs which should be given more priority on the user interface is untouched by the latest update from the IT service giant. But according to experts, aesthetics plays an important role and not everyone is quite happy with YouTube’s clean and white look. Till now users were able to choose the upcoming design but in a month the new update will become mandatory for all.

YouTube has announced that from March the only version available on the desktop will be the latest Material Design-based user experience. The company also said that the new change isn’t simply visual but the “classic” version of YouTube lacks several features that are present in the new UI and the users who have held off from switching to the new design might even like what they find.

The company hasn’t provided an exact date on when the switch will be flipped for good and users who are still holding onto the old design will see a notification to switch to the new YouTube.