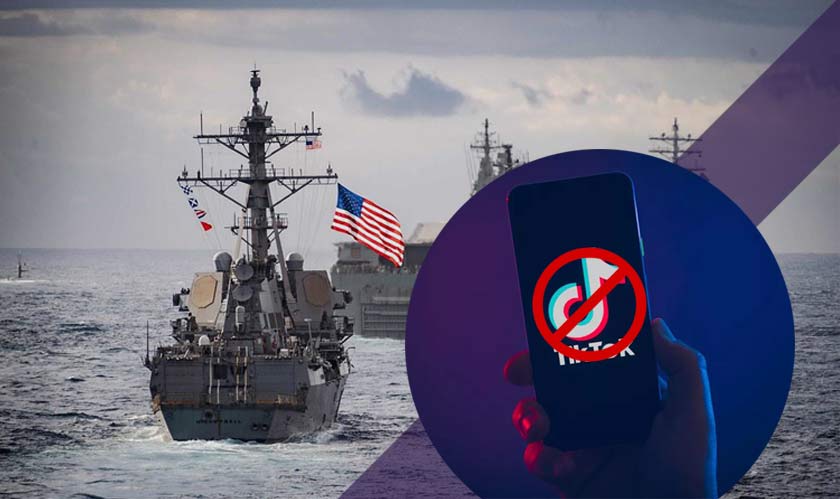 TikTok is one of the most popular apps in the world today that is used by millions of users around the world. But the US Navy thinks that the app is a cybersecurity threat and has put a ban on the app.

Reuters reported that the ban went into effect last week. The short video app has been banned from government issued-mobile devices. US Navy on its Facebook page announced to the serving members that they had to remove the app from their government issued-devices. Failure to do so would see the Navy block the member from the Navy Marine Corps Intranet.

In general, the Navy allows its personnel to use any popular commercial app including common social media apps. But from time to time specific apps are flagged when they present a security threat.

The move comes as a follow up to last month's instruction to the US Army cadets to not use the app. Senator Chuck Schumer had raised security concerns about the army using TikTok in their recruiting.

Launched in 2017, by the Chinese company ByteDance, TikTok is hugely popular. TikTok merged with Musical.ly which was purchased by ByteDance for approximately $1 billion.