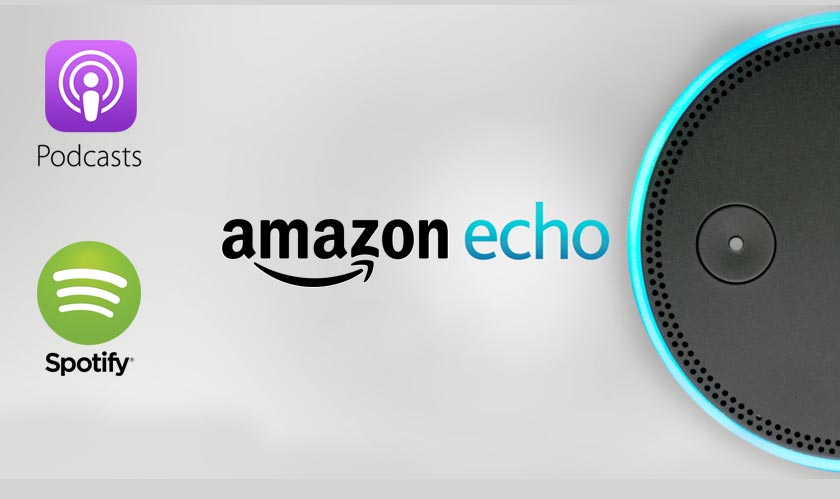 Amazon’s Alexa enabled devices can now play podcasts from Apple, which makes Echo devices the first third-party client to support the Apple Podcasts service. Earlier, the feature was available only on Apple’s HomePod.

From now on, Alexa devices can access Apple’s library of more than 800,000 podcasts and even allow users to set Apple Podcasts as their preferred podcast service. The latest partnership is the continuation of a series where both rivals supported each other in a variety of fields, for instance, the Apple TV app was also added to Amazon’s Fire TV platform along with the launch of Apple Music on Echo devices and Fire TV. Amazon has also done its part by expanding its Apple inventory to include Apple TV, iPad, iPhone, Apple Watch and other gadgets.

Now, to start streaming Apple Podcasts on Echo devices, users will have to link their Apple Id in the Alexa App. After the connection is done, users can ask Alexa to play the podcasts they want to listen to. Voice commands like “next” or “fast forward,” also works for Alexa. A notable feature is that as you move between devices, your progress will be tracked on both mobile and Echo, so that episodes will sync automatically, meaning it’ll be possible to start listening on Alexa and then resume the same on your iPhone.

Spotify has also announced that it’ll start supporting Alexa and will allow it to stream podcasts in the U.S. which was earlier limited to Spotify Premium users who used Spotify Connect to play in Echo. Spotify has also noted that both Free and Premium U.S customers will now be able to ask for podcasts on Alexa and can also set it as their default player.