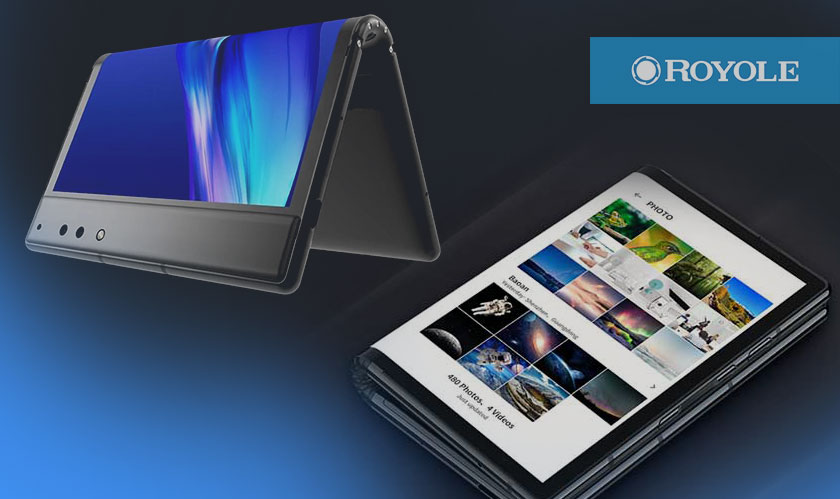 The California-based Chinese manufacturer of consumer electronics, Royole Corporation, unveils the world’s first foldable smartphone, called FlexPai. Therefore, Royole beat giants like Samsung, Apple and LG – who have been talking about a foldable smartphone for over a year – with its announcement.

The mobile device can be used as a tablet with a 7.8-inch screen or as a smartphone when folded outwards from the middle. The hybrid device that can fold 180 degrees and run two separate screens, in tablet mode, performing two different tasks side-by-side. However, only one of the screen sides remain active, when folded, giving you a smartphone with a 4-inch display.

The OLED display panel used in FlexPai has been tested to withstand bending and twisting over 200,000 times, says the company. The 0.01mm-thick flexible display is also found to be compatible with all existing apps. The screen has a 1920 x 1440 resolution (when fully expanded), and 4:3 aspect ratio. The device gets you 128GB of storage, but you can double it for an additional $150 and add an additional 2GB of RAM for a total of 8GB.

As for the other specs, the device includes a 2.8 GHz, Qualcomm next-gen Snapdragon 8 series processor, a 3, 800mAh battery, and a dual-lens camera setup, including a 20-megapixel telephoto lens and a 16-megapixel wide-angle lens. Royole has begun taking pre-orders for FlexPai and the device will start shipping in December.