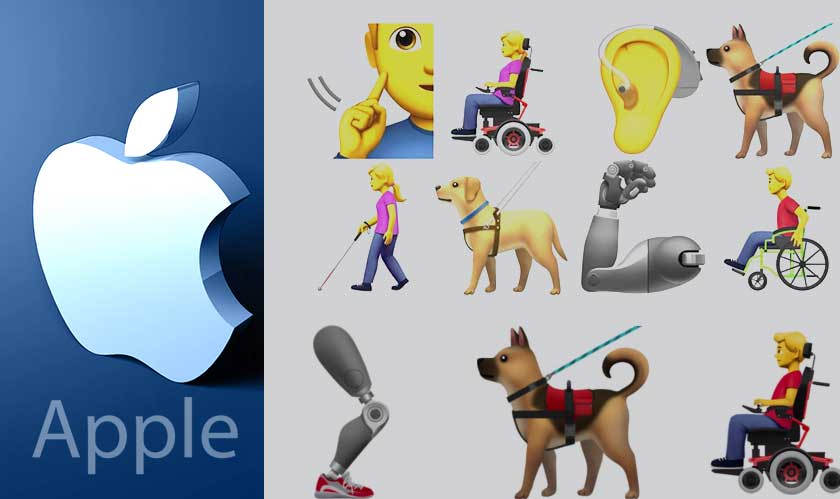 Apple is rolling out new emojis today and these would be representing people with disabilities. As a submission to the Unicode Consortium, Apple is bringing out emojis with hearing aids, guides, and other emojis with people having disabilities.

This new suite includes emojis with a hearing aid, people using canes or wheelchairs, a guide dog, and prosthetic limbs. The total number of emojis goes up to 45 if you count skin tone options. Apple says the emoji are just a starting point, hinting that there might be more accessibility emoji to come.

The members of the Unicode Technical Committee will debate over this in the next month scheduled next month. If these emoji are approved, they would be put on a shortlist of candidates for Emoji 12.0, which are due for a release during the first half of 2019. Meanwhile, the emoji list for 2018 has been completed and is due to come to major mobile platforms during the second half of this year.